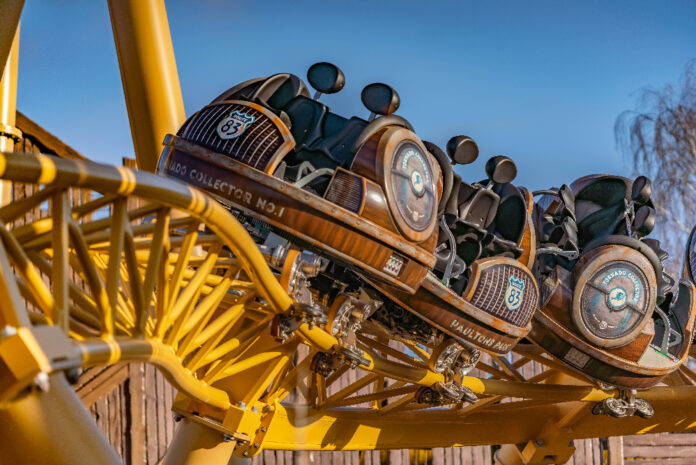 Over the past twenty four hours, Peppa Pig World has been catapulted into the global news agenda, thanks to a visit from a particularly prominent UK statesman. But who is behind the famous attraction – and why is it so beloved with families across the nation?

Peppa Pig World is just one of five themed lands at the Hampshire-based Paultons Park, established in 1983 by the Mancey family, who still own and run the park today. The 140-acre attraction, situated on the edge of the New Forest, has spellbound generations of children even before the introduction of Peppa Pig World to the Park back in 2011 – a world first and UK exclusive for the beloved cartoon character, which has continued to grow in popularity since its inception.

Paultons Park, headed up by second generation managing director, Richard Mancey and supported by his wife Sara and children James, Lawrence, and Charlotte, is an astonishing British success story.

The Park is the only UK attraction to have been awarded the coveted Tripadvisor Traveller’s Choice award for the UK’s best-rated amusement park for five years running and remains the current holder of the accolade (due to COVID, the award was suspended in 2021). Perhaps even more impressively, Paultons Park was voted as the eighth best-rated amusement park in the world by Tripadvisor – a stunning David and Goliath feat, seeing off competition from numerous corporate entertainment giants.

Richard Mancey is particularly proud of the Tripadvisor awards, as they are based purely on reviews and feedback from guests.

He said: “Paultons Park was opened by my parents, John and Anne Mancey, with a vision to provide wonderful, wholesome entertainment for families with the very highest of quality standards. Since then, the Park has evolved from what was a country park and bird gardens into a much more diverse family destination, but with the same dedication to quality and providing a magical family experience across every touchpoint.

“I’ve raised my children here at Paultons Park, and it’s much more than a business to us; it’s so important that our guests feel at home here, and that the Park connects them with the magic of shared family experiences. I believe that’s why our guests enjoy their time here at Paultons Park so much and consistently vote for it as their favourite UK destination.”

Peppa Pig World may be the best-known element of Paultons Park, but it’s just one aspect of the destination, which offers five different family-friendly themed lands, in addition to extensive peaceful gardens and tropical bird exhibits. The most recent addition to Paultons Park, the 1950’s Americana-themed Tornado Springs, opened in spring 2021 with over eight thrilling new rides and attractions for children from pre-school to teenage years, after an investment of over £13million. Other themed lands at Paultons Park include the Jurassic-period dinosaur attraction, Lost Kingdom; the educational world of Little Africa, featuring a host of real animals from the sub-Sahara region to observe and learn from; and the creepy-crawly fun of Critter Creek.

As Paultons Park looks toward the 2022 period, the Mancey family is continuing to plan Paultons Park’s future. James Mancey, Richard’s son, and Operations Director, takes a critical role in spearheading where Paultons Park goes next. He said: “My brother, sister and I grew up at the Park, and so we know how much it means to the families who have visited us, year upon year. It’s that deep level of understanding which we all bring to the running of the Park that creates the point of difference – something that the big corporate organisations can never replicate.

“We have a huge responsibility to continue to build on that reputation, while remaining true to our family values. That’s why we’ll never compromise on quality and the level of service we offer, as we know that’s central to providing that memorable, magical experience for families, and to securing our success for the future.”

Paultons Park is situated just off Junction 2 of the M27. For more information, visit paultonspark.co.uk.

What’s the most fun you can have in Manchester with friends?