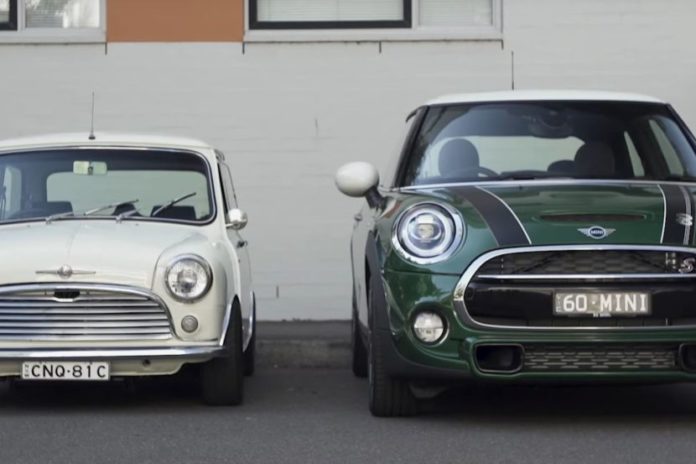 There is no vehicle that has been as popular or permeated UK culture as much as the Mini. The Mini is considered to be an icon from the 1960s and a vehicle which has been constantly used in popular culture which makes it incredibly recognisable and popular with motorists in the UK and also overseas.

The original two-door Mini has been immensely influential over the years which is one reason why it remains so popular. In fact, the Mini was voted the second most influential car of the 20th century behind the Ford Model T in 1999. The Mini was deemed revolutionary due to its space-saving front-wheel-drive layout which enabled a surprising amount of interior space despite the vehicle’s small dimensions. City cars and hatchbacks remain immensely popular today and all will have taken inspiration from the brilliantly designed automobile.

It is not just the space-saving layout that made the Mini so popular and influential over the years. The design and shape of the Mini is also deemed iconic and has become so well known that Rover Group were able to register the design as its own trademark by the 90s. While there have been multiple generations of the vehicle over the years as the times have changed, they have all retained the unmistakeable shape and design which makes them so easy to spot on the roads.

In addition to the layout and design, the Mini is also known as one of the more fun vehicles to drive largely thanks to the excellent handling and being low to the ground. This will be a key pulling factor for many motorists who enjoy spending time behind the wheel and want a car which is practical, stylish and enjoyable to drive.

One of the best ways to get behind the wheel of a Mini is to lease instead of purchasing. Places like ZenAuto can arrange affordable and flexible lease deals on a range of Mini’s so you should easily be able to find what you are looking for and get to enjoy being behind the wheel of this incredibly iconic and desirable automobile.

The Mini is instantly recognisable and an iconic automobile that has been a key part of the UK’s cultural identity for around 60 years. This is largely due to its progressive layout, eye-catching design and enjoyable driving experience which has made it such a beloved vehicle in this country.

Eggs-pert advice on how to have a dog-friendly Easter