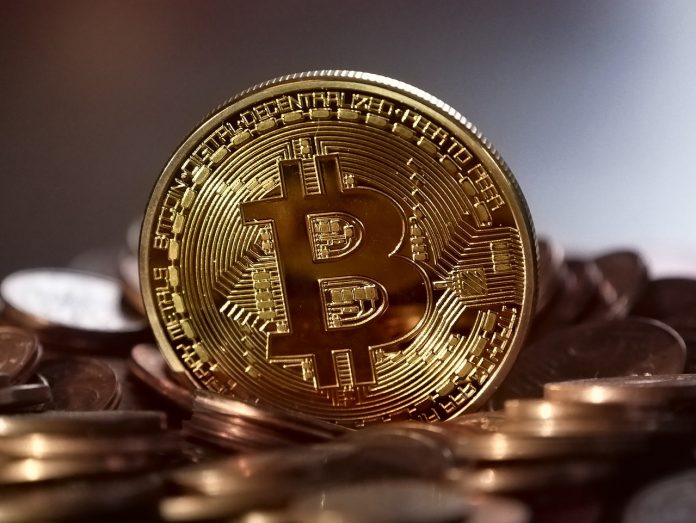 Whether Bitcoin is truly set to revolutionize digital payments, or will eventually fade into irrelevance, there’s no argument that the cryptocurrency has come to play a definitive part of this era’s economic debate. Opinions are highly divisive on the question of whether the cryptocurrency can maintain its relevance and rising value. This mode of payment may seem confusing, and its future uncertain – but for many tech-savvy and privacy-championing individuals, Bitcoin is an irresistible investment.

Recently, you may have spotted a number of Bitcoin ATMs installed anywhere from supermarkets to train stations. The once-obscure currency is becoming increasingly normalized each day, evident also by the growing number of mainstream shops and businesses prepared to accept the cryptocurrency in return for goods or services. Listed below are some interesting places where you can spend your bitcoins in Manchester, but first – let’s look at what a bitcoin is, and how you can get your hands on some.

What are bitcoins, and what makes them so special?

If you aren’t already familiar with the unique financial world of cryptocurrencies, chances are you are at this point too afraid to ask. Once a concept lauded exclusively by nerds, Bitcoin is now a hugely popular and socially significant currency and payment method that is worth taking the time to understand.

Bitcoins operate within what is known as a ‘blockchain’ – a decentralized digital ledger that records transactions across several computers. The nature of this online transaction means it is impossible to manipulate payments (a transaction record can’t be altered, as one would have to alter not one – but several – unique blocks across several computers to change the financial transfer record). The blockchain also allows for privacy, as it extremely difficult to trace a Bitcoin transaction back to its sender.

It is certainly not the only digital currency to work with this model, but it was the first so-called ‘cryptocurrency’ and remains the most popular. Bitcoin has other advantages to the individual user besides privacy. Since the software is ‘open source’, developers from around the world are able to improve upon the blockchain model or create their own variations. While this was originally hailed as democratic and pioneering model, it has proved the cause of much controversy and disagreement within the Bitcoin community.

Then, of course, there’s the advantage of Bitcoin functioning without the need of an intermediary – i.e, a third party, such as a centralized bank. This removes bank-imposed fees while enabling the straight-forward transfer of bitcoins across international borders. As such, Bitcoin provides entirely peer-to-peer financial transactions on a global scale and without compromising the privacy of senders.

How much is a Bitcoin worth?

You don’t have to buy, or spend, an entire bitcoin. Rather you can own part of a bitcoin – the percentage of the cryptocurrency that you own will always remain the same, but its value will of course rise or fall over time. To give you an idea of the currency’s extraordinary fluctuation, a single Bitcoin was valued at $135 in 2013 but is at this time valued at over $14,500. When Bitcoin launched its first British pound exchange in 2011, one could purchase ten Bitcoins for a mere £6.20. Let’s say you made that investment. Your ten Bitcoins are now worth £128,720.

How does one acquire bitcoins?

Traditionally, bitcoins are acquired through a complex and time-consuming process called ‘mining’ which involves accessing the blockchain. Whilst you can still mine bitcoins, there are now considerably easier means of getting hold of the digital currency. Plenty of online cryptocurrency marketplaces will help you set up your Bitcoin wallet and purchase whatever percentage of a Bitcoin you want. As already mentioned, we are now at a point where you can purchase bitcoins using a physical ATM. For more information on how to purchase bitcoins, check out this very handy and official guide on getting started with the cryptocurrency.

Where in Manchester can one spend bitcoins?

Let’s start with the most unexpected. There is currently a fish and chip shop in Manchester that will let you pay in Bitcoin for your favourite chippy dish. What a time to be alive!  ‘Beech Road Fish & Chip Shop’ is situated in Chorlton, and is surely leading the way in encouraging small Manchester businesses to take use of the digital currency.

Beech Road Chippy isn’t the only seafood business that accepts Bitcoin in Manchester, however. Close to the University of Manchester you’ll find a ‘Your Sushi’ prepared to trade the digital currency for some master classes in how to prepare the fresh Japanese cuisine. In fact, all of Your Sushi’s schools across the UK are willing to accept the currency as a form of payment for its sushi making lessons. Meanwhile a number of Manchester-based self-employed professionals, such as Korean tutor Amy Kim or graphic designer Ben Frisbee, are open to offering their services in exchange for the currency.

Then there’s ‘The Corner Store’ on Grosvenor Street, which has impressively been accepting bitcoins since 2012. The owners explain that, at first, they were doing it primarily to spread awareness of Bitcoin across Manchester – but now it has become a genuinely lucrative investment. Store Manager Kadhir Ahmed recalls when he sold a vitamin water for around £1.20 worth of Bitcoin in 2013, and a few weeks later that same amount of Bitcoin was valued at £6. “Now people don’t want to part with their coins because they think they are going to go sky high,” Ahmed says. He adds; “You don’t need all the population to embrace it, as long as 5% of the population embraces it, that’s enough.”

In the online sphere, furthermore, a number of businesses in multi-million or -billion pound industries are seeing the value of accepting Bitcoins. Recently, the first ever UK homes sold for bitcoins – each over half a million pounds worth! The purchase was overseen by a visionary real estate agency clearly open to dealing in the digital currency. One of the buyers, a software engineer, reportedly started Bitcoin mining several years ago. Unbelievably, bitcoin is even becoming an accepted currency for gambling in the UK, where there’s a growing list of online casinos which accept Bitcoin. Any users of the cryptocurrency who need to do some last minute present-shopping will be pleased to know that Amazon.co.uk will let you buy giftcards with Bitcoin. Similarly, a number of famous online service providers, such as VPN and antivirus software businesses, will readily accept the cryptocurrency.

Whether in Manchester or some other UK city, the number of places you can spend your bitcoins both online and in-store are growing by the day. One couldn’t blame you for keeping a tight hold of your bitcoins for now, however, considering how recent market rises have indicated this to be a sound investment decision.