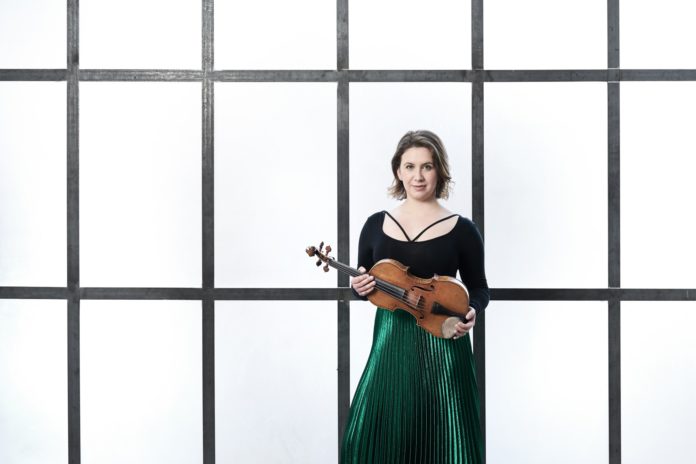 The Northern Chamber Orchestra’s Artist in Association Chloë Hanslip will join the orchestra on stage in Manchester, Macclesfield and Buxton for a concert of stunning string music in May 2019.

Prodigiously talented, Hanslip played for the great Yehudi Menuhin at aged 5, signed her first record contract aged 13 and made her BBC Proms debut in 2002 at the age of 15, and has played at major venues in the UK and internationally. She directs the NCO in a concert that includes Tchaikovsky’s Serenade for Strings, as well as performing as soloist in Bach’s Violin Concerto in A minor and the atmospheric Fratres by Arvo Pärt.

Of the concerts, Hanslip said “Performing with NCO is always such a joy – not only are they great musicians but also great people. Every concert is full of vibrant conversation and spontaneity.”

The performances take place at Manchester’s exceptional new new venue for performance, The Stoller Hall, the Heritage Centre in Macclesfield and the stunning St John’s Church in Buxton. The concerts close a successful 51st season for the orchestra, who have also played host to such international soloists as clarinettist Julian Bliss, pianist Freddy Kempf and tenor Nicholas Mulroy.

Tickets are available now from the Northern Chamber Orchestra website. As is standard for the NCO, tickets for under 18s are free, and students can also get tickets for the Buxton concert for free. www.ncorch.co.uk