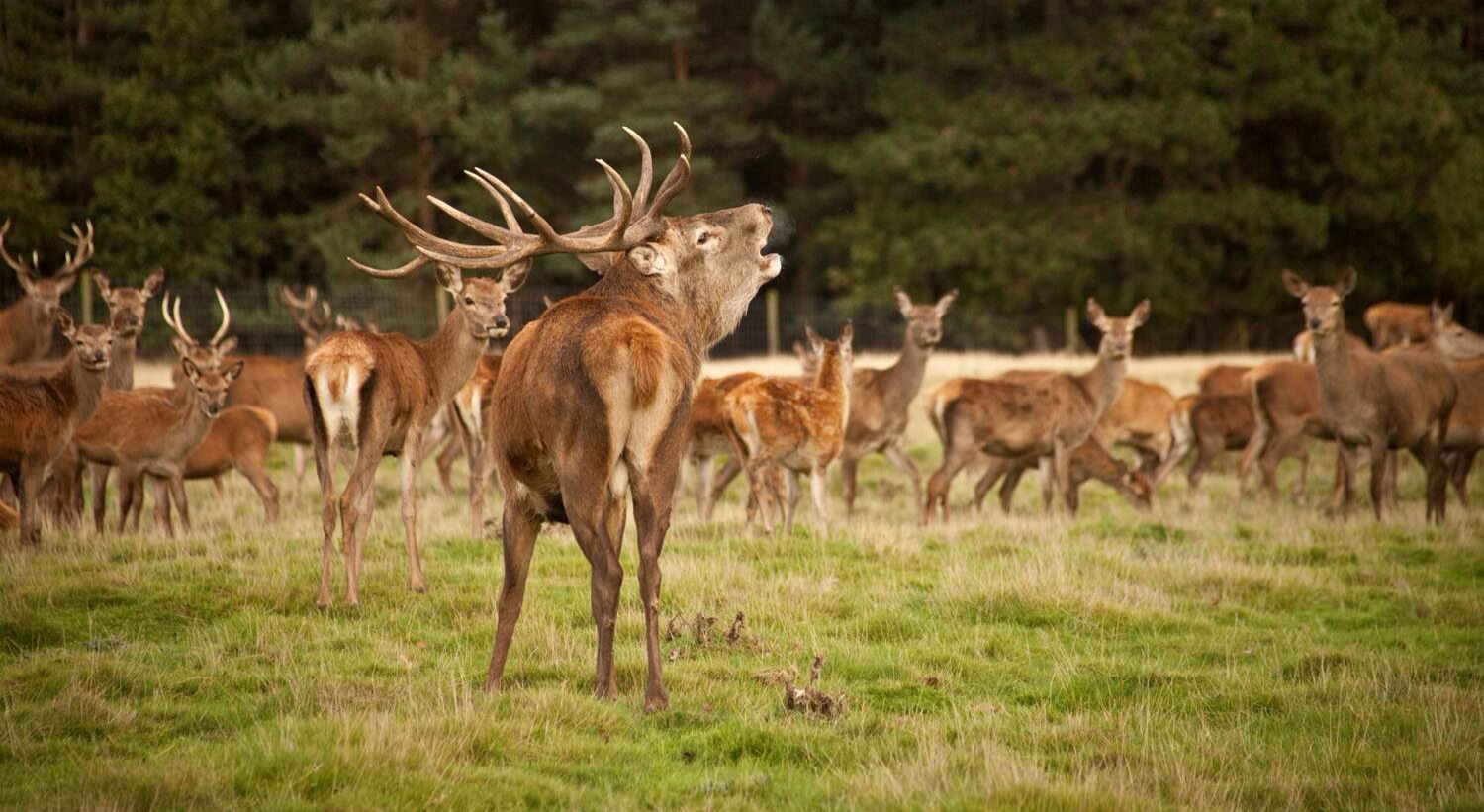 It’s autumn and the days are shortening and the temperature is dropping, signals to many in the animal world to prepare to go under ground (and hibernate).

Not so with the country’s deer population. With autumn conditions comes the nod to get ready to rut and Tatton Park, in rural Cheshire East, is one of the best places in the UK to witness this spectacular event. A deer park since 1290, Tatton is now home to over 400 Red and Fallow deer, who roam freely within its 1,000 acres of Parkland.

Preparations for this most competitive of mating contests start in August, when the male deer ‘fray’ the velvet off their hardened antlers by rubbing them on trees and branches. Their necks also begin to swell and thicken, strengthening them for potential clashes with other male ‘suitors’.

Males begin to roar and ‘parallel walk’ to intimidate rivals and to attract the mature females. If noise and posture tactics don’t work then the real drama of the autumn rut is resorted to. The stags lock antlers and battle commences.

Park Manager, Phil Lucas said “This is a rewarding time of year for our ranger team who are proud of their management of the deer herds. It is during the rutting season that the excellent health and vigour of the herds is most evident. The magnificent sights and sounds of the rut never fail to impress and it is a favourite time for our visitors too. Mature males become vocal and can be heard across the parkland as they attempt to intimidate their rivals. You may hear or even witness the clash of antlers when the inevitable fighting breaks out. The previously passive, social stags have transformed into loners that view all others as their enemy. Each one wants to be “top dog” ,desperate to impress the females and win the right to breed.”

Tatton’s two species of deer have quite different breeding strategies. The Fallow males (bucks) hold ‘a stand’, meaning they stay in one territory, usually on higher or rising ground, where they can be seen and heard by the females. The Red males (stags), the largest British land mammal, will take control of a group or ‘harem’ of females (hinds) and continually move around and defend the hinds, fighting off any young pretenders.

Visitors to the parkland will be able to witness the deer rut throughout the autumn, until the end of November. Visitors are asked not to approach or disturb the deer. Visitors can book to go on a ranger led deer walk. Awarded Best tourism experience of the year in last year’s Marketing Cheshire awards they provide an unrivalled opportunity to witness Tatton’s deer during the rutting season.

Lobsters and burgers on King street