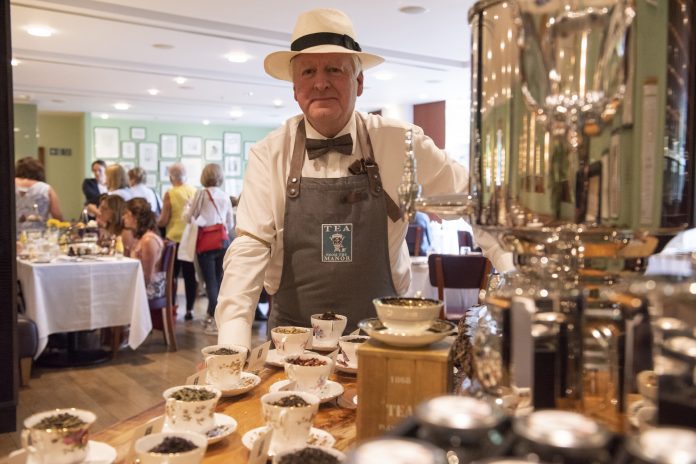 The five-star Lowry Hotel has announced an exclusive collaboration with Denton based tea supplier, Tea from The Manor, to add to the hotel’s extensive list of local suppliers.

The partnership which follows the announcement of a long-term collaboration with Salford based gin distillery FOUR SIS4ERS, is a testament to The Lowry Hotel’s aim to use only locally sourced ingredients.

James Green, founder of Tea from The Manor, past career in the military gave him the inspiration to set up the company after being based in Hong Kong with the Ghurkha army. The exclusion of alcohol in the Ghurkha army led James to sample a vast amount of teas, which contributed to a long-term passion for tea brewing.

After leaving the military James’ interest in tea stayed and several years later Tea from the Manor was born.

Tea from the Manor brings the finest full leaf teas from the best tea gardens around the world to delight the palates of its customers, which now includes ‘The Lowry’ blend tea.

The interesting history of the origin of the company sparked the interest of The Lowry Hotel’s General Manager Adrian Ellis, who after visiting the tea tasting room in Denton resulted in a flourishing collaboration between the two.

James said: “Tea is central to a life of soldiering on in good times and in times of conflict, which gave me the drive and passion to set up Tea from the Manor.

“When Adrian visited our tea room, we couldn’t think of a more perfect fit than The Lowry Hotel as they are well known for supporting local suppliers. It’s an honour and privilege to start to work in partnership with such an iconic hotel, working alongside The Lowry Hotel team can only add to the success of Tea from the Manor.”

As well as Tea from the Manor introducing an exquisite range of teas into the River Bar and Restaurant to compliment the bespoke range of limited-edition afternoon teas, The Lowry Hotel and Tea from The Manor are in talks to open a tea emporium within the hotel, making it one of the first hotels in Manchester to do so.

General Manager of The Lowry Hotel, Adrian Ellis, said of the partnership: “The Lowry Hotel prides itself as a hotel which supports local suppliers. The interesting history of the start-up of Tea from the Manor contributed to the hotel being committed to starting a flourishing partnership, with the popularity of speciality teas reaching an all time high in the UK.

“The collaboration with FOUR SIS4ERS Gin and now with Tea from Manor, is the start of many more exciting ventures to come for the hotel.”