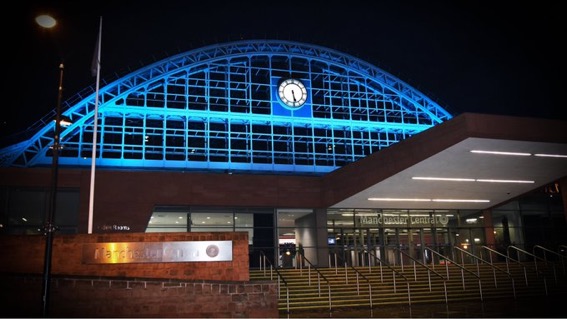 During yesterday’s press conference, Sir Richard, who heads up the region’s health response said that he was confident the NHS “will not collapse”.

But he added pressures were “ramping up” across the system.

He said: “I’m very concerned. When I talk to people from the hospital cell (the Greater Manchester taskforce overseeing Covid hospital planning) certainly their level of concern has increased significantly over the last seven days and it appears to have been a particularly bad weekend.

“The signs are certainly very, very worrying.I think we ought to share that worry and share that concern and it ought to inform our behaviour.”

He added that during the lockdown, people should go back to the mantra of staying at home, protecting the NHS and saving lives.

At the moment he added, more than half of ICU beds across Greater Manchester are taken up by Covid patients.

He also warned that even if the current lockdown works,the figures will get worse before they start to get better, as cuurent cases the system won’t appear for another 3 weeks

Message of hope from Turn Moss