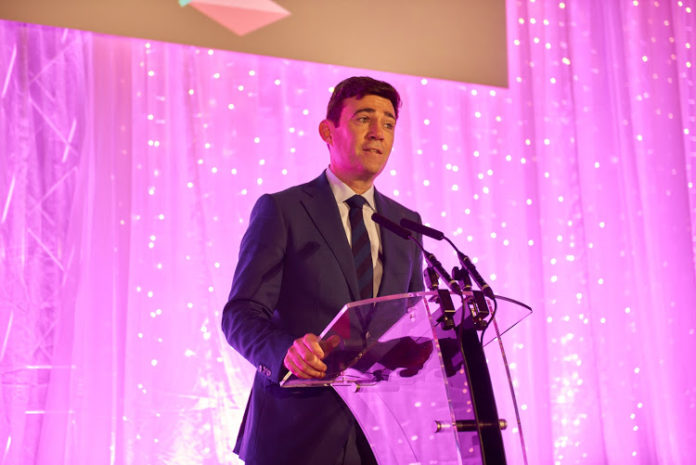 Mr Burnham was the keynote speaker at the UK Social Enterprise Awards 2019, an annual event to celebrate the achievement of social enterprises from across the UK where he spoke to entrepreneurs, business leaders and social enterprises about his analysis of current political and economic circumstances.

Addressing attendees during a period of turbulence, Mr Burnham said that “business as usual, anything as usual, isn’t working anymore.” He called for fundamental reform to politics. “We need to pass power down to people and our communities. We need to empower our regions,” said Mr Burnham.

At the heart of this, Mr Burnham called for change to the way that business works. “The 20th Century gave rise to anti-social enterprise, the 21st Century must give rise to social enterprise”, he said. “A deregulated, dividend-led economy isn’t working for society”.

“We are always looking to the new in Manchester”, concluded Mr Burnham, “and social enterprises are the future.” He ended by calling on Greater Manchester to become the new “capital of social enterprise” asking social entrepreneurs to come to the region to make this vision a reality.

“Leaders who are close to the communities that they serve, like Andy, can see the need for a new direction. Business as usual isn’t working. It isn’t creating the high-quality jobs and innovation we need to build a brighter future for the next generation.”

“We need to empower mayors so that they can create the right conditions for social enterprises to flourish like Andy is trying to achieve in Greater Manchester. This region was the heart of Industrial Revolution, it can now be at the heart of a new Business Revolution.” ​​

Rochdale and Bury to receive £12m boost for flood defences