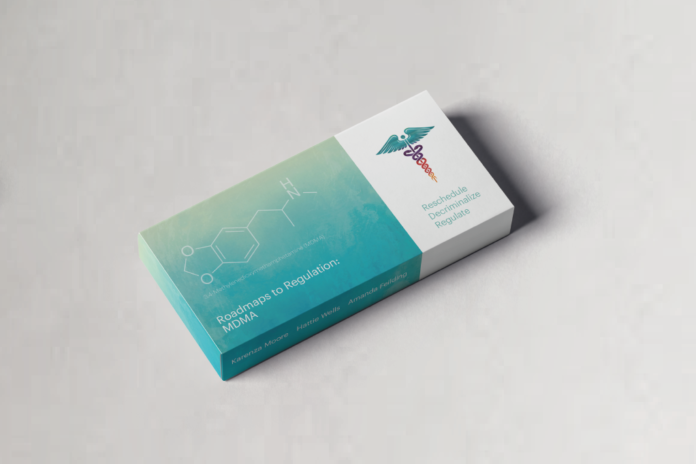 An innovative report mapping how a strictly regulated, legal market for MDMA products would work has been published today by the Beckley Foundation.

Drawing on decades of scientific evidence, Roadmaps to Regulation: MDMA – the first policy proposal of its kind – closely details the risks and harms associated with MDMA use in the context of prohibition, whilst setting out the benefits of alternative policies for a safer future.

Drugs such as MDMA are subject to ‘Schedules’, which restricts how they are used in medical research. The report’s authors recommend rescheduling the drug to support existing and future scientific research on its clinical benefits.

For instance, recent research has shown MDMA-assisted psychotherapy to be remarkably effective in easing or resolving post-traumatic stress-disorder, particularly for people who have not been helped by mainstream medical options. Research is also underway to determine whether MDMA-assisted psychotherapy can help autistic adults with social anxiety, patients with anxiety relating to a life-threatening illness, and people with alcoholism.

New treatments for these mental health conditions are urgently needed, and the report argues that the current prohibitive scheduling of drugs such as MDMA under the Misuse of Drugs Regulations (MDR) 2001 in the UK has held back important research in this area for decades.

Amanda Feilding, Executive Director of the Beckley Foundation, said: “Rescheduling MDMA under the MDR 2001 is crucial. We have outlined realistic policy proposals designed specifically for both the therapeutic and recreational use of MDMA. This report offers a comprehensive guide to anyone wishing to hold an evidence-based position on this increasingly pressing issue”.

Research shows that MDMA use amongst young people has been rising in the UK since 2012. During this time MDMA pills and powders have increased in strength and availability, while drug testing at festivals has highlighted the continued presence of adulterants in these illegal products.

Sadly, 2018 saw the highest rate of MDMA-related deaths in the UK since records began, giving rise to calls amongst bereaved parents, charities and drug policy researchers for a change in approach.

Dr Karenza Moore, co-author of the report and Lecturer in Criminology at the University of Salford, UK, said: “Our report shows how prohibition hands drug markets over to criminal organisations, who then profit from a total lack of regulation around production, distribution and purchase. In fact, the categorisation of MDMA as a Class A drug in the UK and a Schedule I drug internationally has never meaningfully disrupted its supply, nor its widespread use.

“MDMA is cheaper, purer and more popular than ever before and is available via social media apps or darknet drug markets.”

The authors present a detailed plan for policy change which includes the decriminalisation of MDMA and other commonly used drugs, as well as the creation of a strictly regulated, legal market for MDMA products to ensure the safety of consumers.

Karenza explains: “Many are too scared to tackle this issue for fear of being branded ‘soft on drugs.’ We show how it is in fact the government’s position which is soft on criminals who make money from drugs.

“We simply cannot waste any more time pursuing failing prohibitionist policies which put our young people in mortal danger. It is now crystal clear that the harms associated with MDMA could be effectively minimised by a carefully-implemented shift towards a strictly regulated legal market. Such a move would better protect vulnerable groups, promote responsible MDMA usage and generate much-needed tax revenue”.