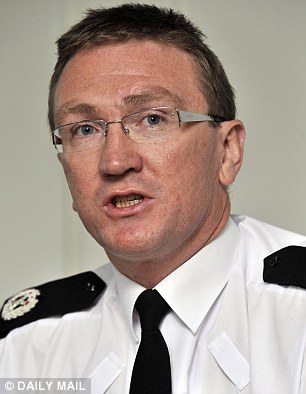 “There have been claims that Greater Manchester Police has tried to stop the review of Operation Augusta being published. Nothing could be further from the truth.” says Chief Constable Ian Hopkins in response to recent media reports

In a statement issued this afternoon Hopkins said that the force had “cooperated fully with the review team and acted with transparency and integrity throughout. At no time has there been any effort from us to prevent the publication of the report and any suggestion that states otherwise is categorically untrue.

He once again reaffirmed his own disgust at the revelations

“I am personally disgusted by the awful abuse that these children suffered. That is why I immediately commissioned a police review of Operation Augusta as soon as I was made aware of the early findings of the Independent Assurance Review.”

“I would like to once again apologise on behalf of Greater Manchester Police to all those victims who were let down in 2004 by police not thoroughly investigating the offences that had been committed against them.

Understandably many of them have been left upset by the findings of the report and to hear the full extent of the failings by authorities to protect them from harm as children. Our multi-agency Operation Green Jacket team are doing all that they can to provide them with appropriate support from specialist agencies at this difficult time.

Although this report makes for difficult reading and will understandably raise concern, I want to assure members of the public that the attitude towards investigating this type of crime has completely changed since Operation Augusta was concluded almost fifteen years ago.