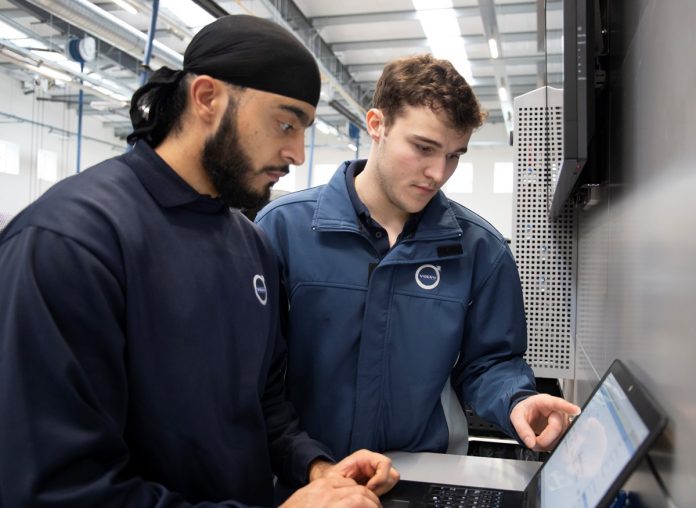 New research from the Sutton Trust examines the impact of coronavirus on apprenticeships and finds that 1 in 13 apprentices have been made redundant.

Employers surveyed say that up to two-thirds of their apprentices have lost out on work experience or learning.

The decline in new apprenticeships likely to be exacerbated.

Separate research finds it is the well-off, older students who benefit from the growth in degree-level apprenticeships.

The current health crisis is having a significant effect on apprenticeships, according to the latest in a series of coronavirus impact briefs from the Sutton Trust. The research finds that companies are furloughing or making apprenticeships redundant, off the job learning has been disrupted, and apprentices, already on low pay, have faced additional cuts.

Polling of 156 employers that offered apprenticeships before the coronavirus outbreak, finds that up to three-fifths say their apprentices have lost out on work or learning following the crisis. 36% have been furloughed, 8% made redundant and 17% have had their off-the-job learning suspended.

A quarter of the employers who offered apprenticeships said their apprentices’ learning provider had closed and a smaller proportion (16%) reported that their provider had been unable to continue provision online.

While over half of employers surveyed were confident that all of their apprentices would return to their course once restrictions are relaxed, today’s research raises serious concerns for the future of apprenticeships.

The number of people starting apprenticeships dropped by 7% in the first half of 2019/20. This decline is expected to be exacerbated as a direct result of the crisis. Employers’ focus will be on recovering from the economic consequences of the pandemic and hiring and training new apprentices will not be a priority. This will mean fewer vacancies available, and more competition for fewer opportunities.

Today’s polling comes alongside a new report by the Sutton Trust on degree apprenticeships and social mobility. Degree apprenticeships were introduced in 2015 with the promise of offering young people an alternative to a traditional university degree. They offer a powerful combination of academic learning and on-the-job training, giving young people the opportunity to ‘earn while you learn’, graduate with little or no debt and with skills the marketplace wants.

However, today’s report finds that much of this growth has not benefitted young people, with more than half of degree apprenticeships taken up by people over 30. Senior leadership courses – equivalent to an MBA – have expanded significantly, growing six-fold from 552 to 3,410 in 2018/19, but the proportion of young apprentices from deprived communities taking degree level apprenticeships up has fallen (from 9% in 2016 to 6% last year).

At the same time the number of older apprentices from well-off areas has more than doubled (from 5% to 11%), leading to a growing access gap for those under 25. Senior leadership and chartered management courses alone now make up almost half (46%) of the entire degree apprentice cohort as employers look to put their senior staff through these courses rather than train younger, less affluent employees.

“The coronavirus crisis has already had a serious impact on apprentices, with 61% being made redundant or furloughed, or unable to access their learning.

“The priority for current apprentices should be to continue their training where possible and the government must do more to support training providers. In the long-term, apprenticeships have a crucial role to deliver on the government’s social mobility agenda which will be especially important as we come out of the pandemic.

“Degree apprenticeships were introduced in 2015 with the promise of offering young people an alternative to traditional degrees. They offer a powerful combination of on the job learning and academic work, enabling young people to graduate with little or no debt and with the skills the marketplace wants.