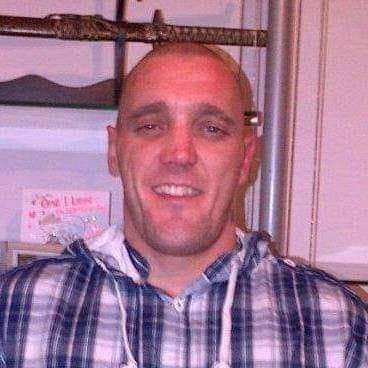 Two teenagers accused of the murder of 48-year-old Leigh Smith, in June 2021, have been found guilty of murder.

Jacob Cookson, aged 18 of Langworthy Road, Salford, and a 17-year-old boy who cannot be named for legal reasons, pleaded not guilty before the month long trial at Minshull Street Crown Court which ended yesterday.

Another 17-year-old boy was found not guilty.

The court heard how Leigh who was deemed vulnerable, had moved into a new assisted living flat in Eccles, when he became a victim of ‘cuckooing’ by a group of organised crime group members from the Salford area.

Cuckooing is a term used for a practice whereby criminals take over what is usually a vulnerable person’s home and uses the property to facilitate exploitation such as the storing and dealing of drugs.

On the evening of the 21 June 2021, Cookson and the other defendant entered Leigh’s flat before proceeding to stab Leigh seven times to his legs with a knife before fleeing, leaving Leigh to bleed to death in his living room.

Detectives on the case had found that the motive for Leigh’s murder had come from an incident that occurred in the early hours of 16 June, whereby Jacob Cookson, together with another male and his girlfriend, were sat with Leigh in his flat, when Cookson and the other man had an argument ending in Cookson being violently assaulted by the man. Cookson believed that Leigh had set him up to be assaulted and so was looking for revenge.

Leigh was not found until the following day, when a concerned neighbour went round to the flat to check on him and found his body, alerting police to the scene.

The two defendants will appear at Minshull Street Crown Court for sentencing on Friday 28th January 2022.

Leigh’s mother Jackie, said: “Although it will not bring Leigh back and he is greatly missed, we as a family are pleased that we have now got justice for Leigh.”

Detective Chief Inspector Ben Cottam, of GMPs Major Investigation Team, said: ” This was a shocking and disturbing murder of a vulnerable man by two teenagers who have shown little remorse for their actions. Our thoughts are very much with Leigh’s loved ones today and I hope this guilty verdict brings some comfort to them.

“Cuckooing is a horrendous practice, which we are determined to crack down on in Greater Manchester.

“As always, we need the assistance of the public to keep making sure we are aware of anyone who may be a victim, so that we can give them help and support and bring those who commit these acts to justice.

“I’d like to take this opportunity to say if you think a family member, friend or neighbour may be a victim of cuckooing, then please get in touch with police so we can help them.”