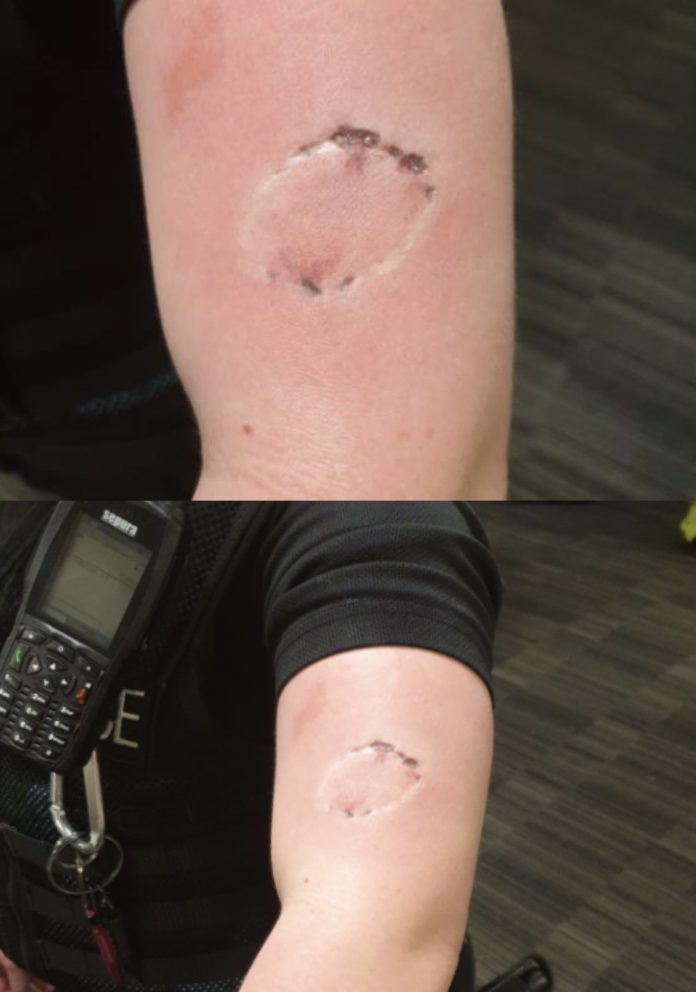 The incident happened on Drake Street, when police had attempted to explain to the man that in line with government guidelines around Covid-19, people shouldn’t be going around to other people’s homes.

Two officers were both punched. One of those officers, 21-year-old police constable – was then seriously bitten and had to attend hospital, before being discharged to recover at home.

The man was arrested on suspicion of criminal damage, domestic violence assault, assault with intent to resist arrest and regulation 8 of the Health Protection Regulation 2020 (Corona Virus).

He remains in police custody for questioning by officers.

Superintendent Richard Hunt, of GMP’s Rochdale district, said: “No police officer should have to come to work – doing a job to serve and protect our communities – and be assaulted. It is absolutely disgusting that my officer was faced with this last night and all of our thoughts are with her as she rests at home.

“I recognise that the pictures we are releasing today are quite graphic but I hope they help people to understand the vicious nature of this attack and I know that the people of Greater Manchester will join me in wishing our officer a fast and peaceful recovery.

“This is a particularly challenging time for everybody at the moment, made worse by something so mindless like this. Having spoken to the officer earlier this morning, she said that last night’s incident was a stark contrast to the support she has felt over the past few days, whilst she has been delivering Easter eggs to local children whilst out on patrol. This just goes to show that thankfully, incidents like this are not a reflection of the vast majority of the public, who are showing great support to us.”