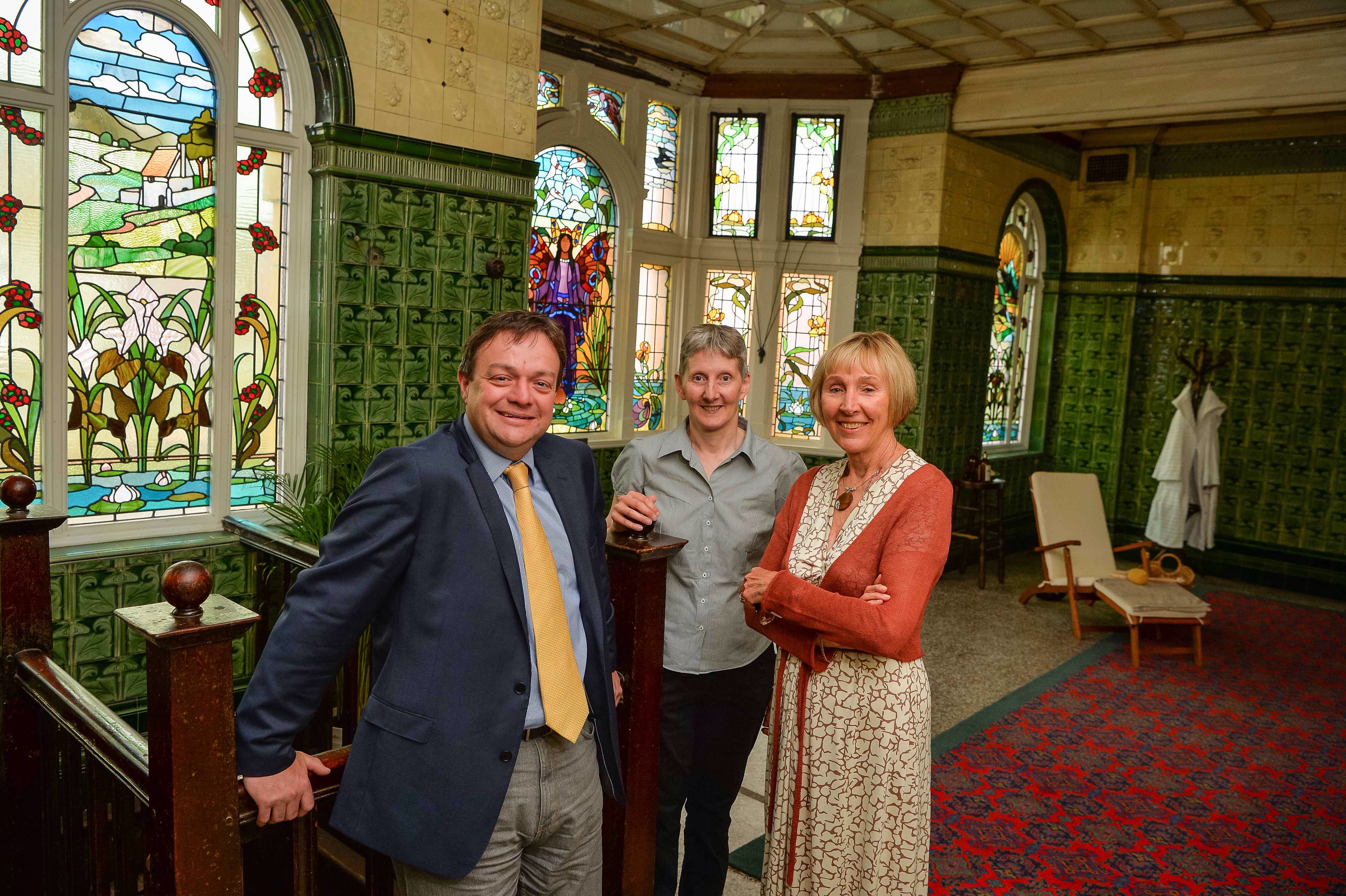 Victoria Baths in Manchester has revealed its plans for the next phase of its ongoing restoration, which include the re-opening of the Turkish Baths and the creation of a Health Suite.
The plans will bring back into public use one of the pool’s original leisure facilities and see the appointment of Fusion Lifestyle as leisure operator, who will partner with Victoria Baths Trust to deliver its vision.
All the original tiling, marble slabs, steam room and ceramic ceilings of the Turkish Baths will be preserved so that the public can once again enjoy the authentic experience as conceived by the building’s architect Henry Price when Victoria Baths first opened its doors in 1906.

Alongside this visitors will be able to enjoy the facilities of a contemporary Health Suite; with a series of treatment rooms to be located in the basement.

Currently running a seasonal calendar of events as a cultural venue, Victoria Baths attracts over 25,000 visitors per year; it is expected that the Turkish Baths and Health Suite, which will both operate all year, will attract a further 17,000 visitors.

The plans also include the conversion of the Superintendent’s Flat into residential tenancies, generating a further income stream.

Jill Earnshaw, chair of Victoria Baths Trust, says, “Fusion is exceedingly well placed to help us reach our goal; the team clearly understands what we want and what we are trying to achieve and I believe we’ll be able to work really well in partnership with them. The appointment marks a crucial step forward for the Trust, and will give others confidence in the project as it moves forwards.”

Gill Wright, project development manager for Victoria Baths Trust, says, “This is a critical milestone for Victoria Baths. We have been putting forward the case for years that our Turkish Baths will be a popular facility for Manchester, and that it will operate successfully from a financial point of view. Fusion is here to show us exactly how this can be achieved. We are delighted to be working with another social enterprise which shares our vision for providing top quality accessible public services in historic buildings.”

A public consultation has been held (13th June) to share details of the project, which will include bringing back into use the decadent Turkish Rest Room.

Following time spent in the different hot rooms and perhaps a massage, visitors will be able to relax in the stunning surroundings of the Turkish Rest Room looked on by the ‘Angel of Purity’, one of an array of stained glass windows that adorns the space. It’s a place where once the public would have mixed with famous footballers and other celebrities to seek the tranquility on offer; all a unique part of the Victoria Baths experience that people will once again be able to enjoy.

Turkish Baths, such as the one at Victorian Baths, are not Turkish! They are a British “invention” based on Roman Baths, with three hot rooms of varying heat where the air is completely dry, separate rooms for washing and a Rest Room or relaxation room for cooling down

There are only six Turkish Baths still operating in England. The closest to Manchester are in Carlisle and Harrogate

The Turkish Baths was very popular from time of opening (1906) until the Baths closed in 1993. It was used by all sections of the community, local residents, business people and celebrities. Mr Howarth who used to teach swimming at Victoria Baths used to pop into the Turkish Baths to collect footballers autographs for his swimmers and once saw Tommy Cooper there, wearing nothing but his fez!

Victoria Baths opened in September 1906 and operated as a public facility until its closure in 1993. Since 2000 it has been managed by the Victoria Baths Trust, with the support of Manchester City Council, who have been preparing for a Community Asset Transfer.
The Trust is working towards the complete restoration of the building and the opening of at least one pool, of which the total cost is projected to be £30m, by undertaking a series of significant phases. Phase 1 was made possible thanks to success in BBC Two’s first Restoration series in 2003, which came with £3m from Heritage Lottery Fund, and saw the front block of the Baths restored together with internal structural repairs to the Turkish Baths. Phase 1+ took place in 2009 with funding led by English Heritage, and allowed for repairs to the roof of the Gala Pool and one of the large stained glass windows. Today’s announcement (13th June) hails the start of Phase 2, which will cost £3.5m and with the fundraising, planning and project construction required is expected to take around five years to reach completion.