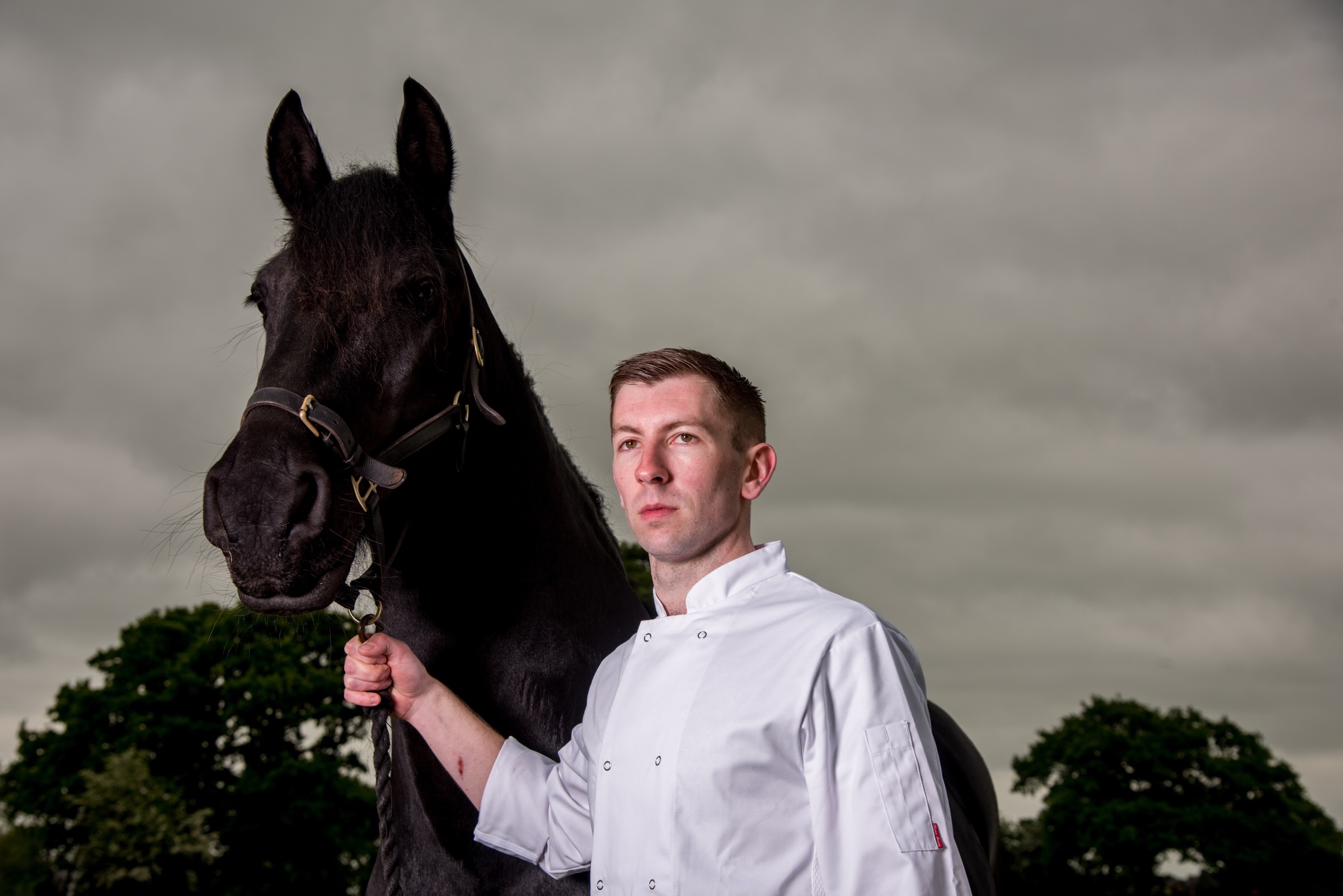 Oddfellows Hotels has announced plans for their hotly anticipated restaurant based at Oddfellows On The Park, Cheadle
The design-led hotel group, which prides itself on restoring properties using the history of the building and the location’s narrative as inspiration, is set to open the doors of a 22-bedroom boutique hotel in December at historic Bruntwood Hall in Cheadle.

It will include a destination restaurant set to ignite the Manchester dining scene.
The restaurant is to be named The Galloping Major after a Victorian owner of Bruntwood Hall who ran an equestrian stud in Bruntwood Park and was a notorious local character.

Much of the building’s interior plans have been influenced by Bruntwood Park’s equestrian history including the ‘Bridle Suite’ and the hotel’s bar, The Stud Room.
Daniel Beech, 24, will be the Head Chef of The Galloping Major.
Daniel joins the Oddfellows team from the Michelin kitchens of ‘Simon Radley’ at The Chester Grosvenor.

He was snapped up as a talented sixteen-year-old by Simon Radley and was personally trained and mentored by the award-winning chef. Working his way up through Radley’s brigade, Daniel became Radley’s youngest ever sous chef at age 22. He hopes to have a significant impact on the culinary scene in Manchester – just like some of his noteworthy predecessors from The Chester Grosvenor’s kitchens – which have included Paul Hollywood, Adam Reid (The French) and Aiden Byrne (Manchester House).

Lancaster’s mini-festival of the arts returns

Book signing with The Godfather of Italian cooking