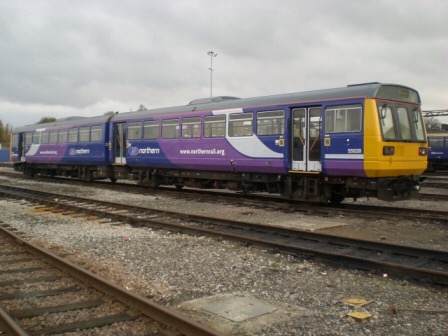 Rail Commuters across Greater Manchester and the North of England face disruption after members of the RMT’s Northern division voted for strike action over the threat to jobs and safety and the creation of a two-tier workforce.

The dispute centers around Northern Rail’s reneging on a previous agreement not to increase security company SMT’s  staff levels during the current franchise. In the last 18 months jobs, say the union, on the inferior STM contract have increased from 150 to 500, jeopardising Northern Rail jobs.

They accuse Northern Rail of continuing to exploit loop holes in the law that allows for sub-contracted labour to occupy permanent minuted railway posts indefinitely. This exploitation is now imposed on the East and West of the franchise.

“RMT has made every effort to win assurances from Northern Rail over jobs, services and safety. However, the company continues to ride roughshod over our efforts.

“We therefore had no option but to ballot all staff for action to force the company to take these issues seriously and the members have now voted decisively for action. That mandate will now be considered by the union.

“The union is committed to ending the two-tier workforce that the STM contract creates and calls for all workers to be brought in-house on decent pay and conditions.

“We are also committed to keeping ticket offices opening and defending guard’s jobs, which are safety-critical.

“The union will continue to build its campaign to expose the sharp practices that Northern Rail is using simply to increase profit at the expense of its workforce. RMT remains available for talks and we expect the company to now take this dispute, and the issues at the heart of it, seriously.”

A spokesman for Northern Rail said:

“We are disappointed that RMT Northern members have voted in favour of strike action and industrial action short of a strike, but note that only 38% of members who were asked to vote, voted yes to this. That means 62% of people who were asked to vote either voted no or did not vote.
“The RMT Executive Committee has said it is now considering the result. As soon as we have any further information, we will update our customers.
“Some of the RMT’s issues within this strike ballot are about the requirements for the next Northern franchise, which starts in April 2016.
“We have explained to the RMT that this means the issues they are concerned about are not part of Northern Rail’s current franchise and are not within our control to change. They would need to be discussed with the new operator of the franchise from April 2016.”

Brother of Arena bomber extradited to the UK and charged