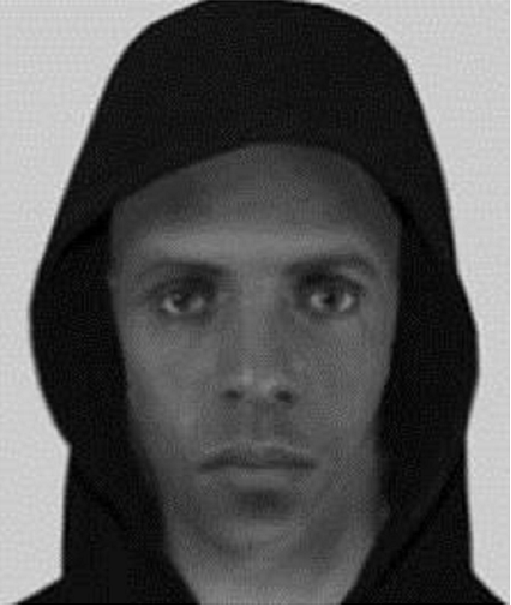 Greater Manchester Police have released an e-fit one year after an attempted murder in Bolton.

Detective Chief Inspector Alan Clitherow, of GMP’s Major Incident Team, said: “It has been one year since the Bolton area saw two shocking incidents which occurred within two weeks of each other and are believed to be connected to a dispute between local criminal gangs.

“On Friday 12 July 2019, a 28-year-old man was shot several times after leaving Outline Gym in Bolton in what is being treated by detectives as a clear attempt to kill him.

“11 days later, an improvised explosive device (IED) was thrown into an unoccupied BMW car on Castle Street in Bolton where it exploded.

This incident occurred shortly before a car garage in Rochdale – which is owned by an associate of the BMW owner – was extensively damaged in an arson attack.

“Through the hard work and determination of our officers, we have successfully convicted three men in relation to the IED incident. They were sentenced to a combined total of more than 26 years imprisonment.

“We are releasing this e-fit in the hope that someone may recognise the man pictured. If you know anything about either of the incidents or have any information at all about the stolen red Mokka which we know drove to the Cheetham Hill area shortly after the shooting, I am appealing to you to please get in touch with police as soon as possible. Even the smallest piece of information could prove vital in helping police to complete their enquiries.

“We have not ruled out that the gunman was local but one line of enquiry is that he has no links to Greater Manchester and was hired to commit the offence.

“Although a year has passed since the shooting occurred, we remain as committed as ever to finding those responsible and bringing them to justice. We believe that there are answers within the community and I am asking anyone with any information to please come forward. The offenders behind this attack are dangerous individuals and we are doing everything we can to find them. We need the public to provide the missing pieces within our investigation.”