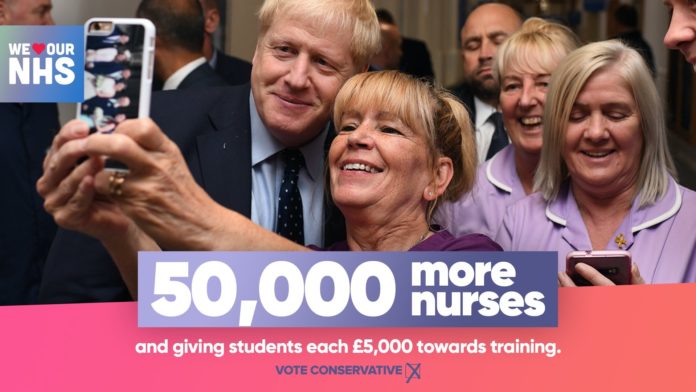 The Conservatives have been accused of lying in their manifesto after a promise to have ‘50,000 more nurses’ was revealed to include 19,000 nurses who might have otherwise left the profession?

The departing culture secretary Nicky Morgan was taken to task on Good Morning Britain with Piers Morgan calling the flagship pledge ‘nonsense’, and the Culture Secretary getting her maths so confused that she ended up suggesting that there were going to be six of the show’s presenters.

The promise comes asthe NHS in England is struggling with nearly 100,000 vacancies, of which about 40,000 are nurses.