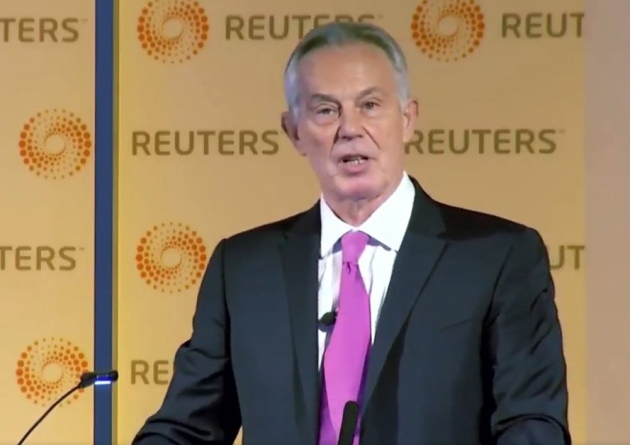 Former Labour Prime Minister Tony Blair accused both main parties of offering ‘fantasies’, and urged tactical voters to stop either Labour or the Tories from getting a majority.

In a major intervention in the election campaign he said that populism is “running riot” in the UK, warning a majority for either the Conservatives or Labour in next month’s election would “pose a risk it would be unwise for the country to take” and added that the election was the “weirdest in my lifetime”, Mr Blair added, but he said he would vote Labour on 12 December.

Mr Blair told the Reuters Newsmakers event: “Both as majority governments pose a risk. It’s just that the chances I think of Labour doing that are – if the polls are right – negligible.”

He continued: “I don’t think a majority government of either side is a good thing,” adding: “This is why I’m saying you have to unpick the knot and what people are thinking at the moment is if you pull the string hard enough you’ll untie the knot, but you won’t.

On Labour’s manifesto, Mr Blair said while its aims were good, it would be “difficult” to achieve.

He added: “Some of the things that underline the policy commitments, to tackle poverty, to tackle inequality, I mean this should definitely be the agenda of any modern government.

“The problem is if you try unreconstructed, and at one time, to do all of those things listed in the manifesto it would be difficult.”