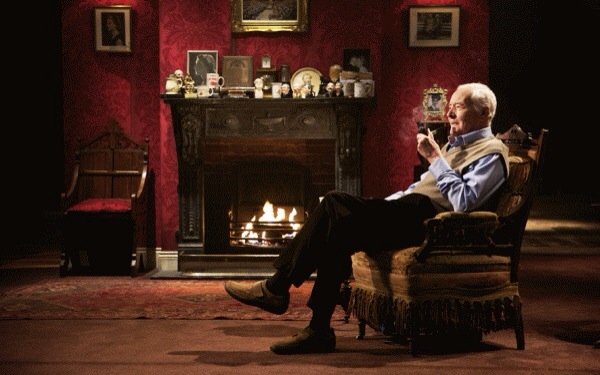 Manchester Town Hall has been chosen for an exclusive preview of a new unique film about Tony Benn.

Will and Testament is an autobiography, made with Tony before he passed away earlier this year. In the film he looks back on his life and work in an
intimate and personal reflection on life, work, love and loss from one of the UKs most influential and charismatic political figures.

The feature-length film with Benn, political firebrand, prolific diarist, writer, charismatic anti-war campaigner, husband and father, presents his own personal reflections on his childhood and youth, marriage and family, political career and retirement through intimate, confessional interviews wonderfully illustrated by his personal photographic and film archives.

Never before has a political figure of his calibre and reputation spoken to camera in such a direct way.

Criss-crossing the UK, Tony Benn bears witness to the major social and political upheavals and events that influenced him during his life and political career. From the introduction of nuclear power stations to Britain, his move to the left following his ministerial career, battling the Tory government during the miner’s strike, his personal fight to renounce his peerage and being a hate figure for the right-wing media, the film lifts the political mask to reveal a very human face.

Tony, who famously said he was retiring from Parliament to devote more time to politics, has no need to proselytize or campaign with an eye on public opinion.

In Will and Testament he enjoys the opportunity to talk openly and honestly to an audience which will include his long-time supporters as well as his detractors and, he hopes, a younger generation of globally and politically aware voters – the politicians and campaigners of the future.

Not even his most vehement political opponents would disagree with the fact that Tony Benn always stuck to his strongly-held convictions, and in Will and Testament Tony examines and in some cases re-examines those convictions and is not cowed to admit where changed his mind and made a U-turn.

“When I die, if they put on my gravestone the simple words ‘Tony Benn, he encouraged people’ I would say that was a fitting justification for what I did.”

Ultimately Will and Testament is an exclusive and deeply personal look at the life of a national treasure, a frank, candid and sometimes painful exploration of the great themes of life that have affected him and affect us all, love, loss, hopes, dreams, fears and death.

To get tickets for this unique showing go to Eventbrite