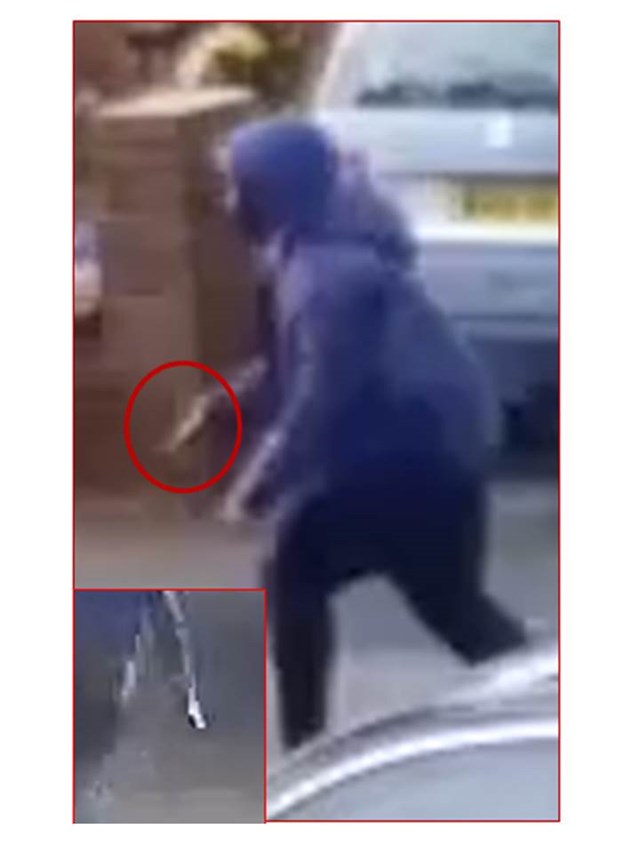 Three men who dragged a terrified woman out of her car during a robbery set up in in Gorton in June have been jailed.

The court how a man in his 20s – advertised a pair of Louis Vuitton sunglasses and a bag for sale over social media.

That day he was contacted by a profile in response to his advert and a price of £400 was agreed for the items. The victim passed his postcode over to the profile and agreed that he would be home by 3pm that day.

Feeling as though the profile was messing him around the victim asked them to leave it until later in the day. Just before 7pm the victim was messaged by the profile informing him ‘they’ were at the top of his road waiting for him.

The victim’s girlfriend and 2-year-old son were waiting at the bottom of the road in a car as they were due to all go out after the items had been sold. Unable to see the men, the victim was called by a new number and told they were waiting on Clumber Road for him.

Noticing the male – Kaydn Jones – the victim climbed into his partner’s car and told her to drive up the road towards him. As the victim got out of the car to speak to Jones, Chisholm ran up behind him and demanded he hand over all his possessions before lunging him at with a knife.

The victim also noticed Smith behind him holding a knife, forcing him to run away from the car to get the men away from his partner.

As he ran he noticed the men had turned back towards the car before Chisholm demanded the woman get out of the car before holding a knife to her throat and grabbing her coat to pull her from the driver’s seat.

The woman was just able to free her 2 year-old son from the back of the car before all three men fled the scene in the vehicle. Multiple items including two phones, designer clothes and the Louis Vuitton bag were stolen along with the vehicle.

Following extensive CCTV enquiries, detectives were able to identify and track the movements of Smith, Jones and Chisholm linking them to the robbery.

Today at Minshull Street Crown Court, Brandon Smith was jailed for 3 years and 3 months after pleading guilty to two counts of robbery.

Detective Sergeant Helen Fletcher of GMP’s Operation Valiant said: “This was a terrifying ordeal for the victim and his partner as well as her young child who had to witness his mother being dragged at knifepoint from a car.

“Thankfully no one sustained any injuries during the robbery but the end result could have been far worse. I’m glad we’ve been able to secure a conviction for all three males and I’m sure they’ll have plenty of time to consider their actions behind bars.

“I hope this sends a stark warning to anyone who thinks they can commit any type of violent robbery and get away with it without any consequences. GMP will do all in its power to ensure you’re identified, located and face justice.”

Hale man would attacked three people with a baseball bat is jailed for 20...