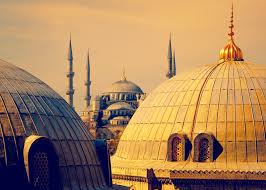 Grant Shapps, the Transport Secretary, confirmed that the traffic light system will be scrapped on October 4, with amber and green countries merged into a single “rest of the world” list.

Fully jabbed travellers will no longer have to take a pre-departure test from October 4, but will still be required to have a PCR on or before day two of their return until the end of October.

Eight countries will be removed from the 62-strong red list from 4am on September 22, so travellers no longer have to quarantine in hotels at a cost of £2,285 per person.

The Government will also change the rules so that anyone who stays airside while transiting through a red list country will no longer have to hotel quarantine on arrival in the UK. The red list will also be reviewed every three weeks.Yes

“The simplification of the UK’s international travel system, including doing away with pre-departure tests and switching to lateral flow on arrival, will make it easier and cheaper for people to travel abroad.

“For too long, the recovery of UK aviation has lagged behind the rest of Europe. The changes announced today will help to close that gap by encouraging more people to book foreign travel.”

“But for as long as vaccinated travellers have to pay for tests, the recovery of one of the UK’s major industries will be held back.”

“Government must now find a way to give people back the freedom to travel without the barrier of testing.”

‘Shining a Light on Suicide’ campaign launches in Greater Manchester