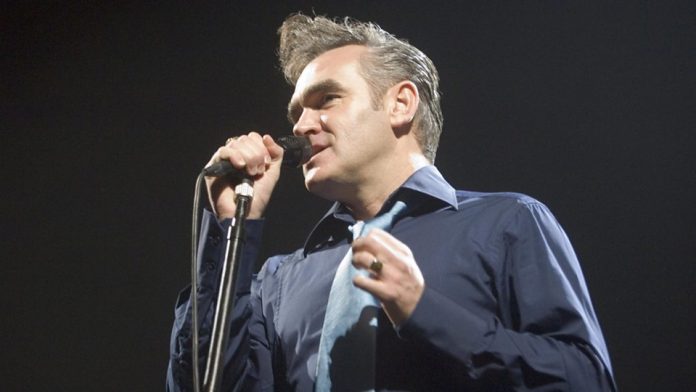 Senior Politicians and Halal meat are just two of the things that Morrissey has attacked in an interview which has appeared on his website in the last couple of days.

The singer, who now refuses to talk to the mainstream press because “They don’t print what you say, and they print what you didn’t say.” used the written interview to a series of questions to and adds that “all journalists are megastars and the only aim of their interview is to express and establish their own  personal views, and to hell with whatever the interviewee says. ”

On the current Prime Minister, he says that, “Theresa May was always a Prime Minister uninvited. She is incapable of leadership. She cannot say her own name unless it’s written down on a cue card in front of her. ”

While the Mayor of London Sadiq Khan is accused of not even being able to talk properly.

” I saw an interview where he was discussing mental health, and he repeatedly said ”men’el ” … he could not say the words ‘mental health’. The Mayor of London! Civilisation is over!

On Brexit, the pro Brexiteer says that The EU wouldn’t allow us to leave.”

It is now a dead issue. The people said Leave but the EU said no. People wanted to leave the EUbecause of the complete erosion of freedom under EU rules, and the fair-minded majority now see in even more frightening ways how very much they are hated by the EU, not to mention the British political elite.”

Some of his most poignant comments though are reserved for Halal meat:

“you cannot possibly vote for either Conservatives or Labour, because both parties support halal slaughter, which, as we all know, is evil. Furthermore, halal slaughter requires certification that can only be given by supporters of ISIS, and yet in England we have halal meat served in hospitals and schools! UK law is pointless”

The former Smith’s front man has been dogged by accusations of racism and in the interview he partly answers the accusations saying that “When someone calls you racist, what they are saying is: hmm, you actually have a point, and I don’t know how to answer it, so perhaps if I distract you by calling you a bigot we’ll both forget how enlightened your comment was.”

Co-op and Costa Coffee open the doors on Weatherfield stores as landmark partnership gets...