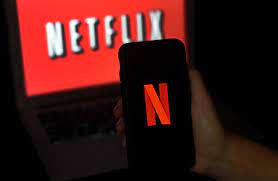 After four long months of homeschooling, students and parents in the UK have made it to the summer holidays. With so much disruption to their education this year, however, continuing some light-touch learning through the holidays will make stepping back into school a lot easier when the time comes. But if working through textbooks is the last thing your teen wants to do right now, keeping them learning without feeling like they’re studying might be what you need.

This series from Netflix gives you a run-through of huge topics in entertaining and easy to understand 30-minute episodes. From how Music works to the World’s Water Crisis (Geography), The Stock Market (Economics), Coding (Computer Science), The Mind (Psychology) and Animal Intelligence (Biology), whatever your child’s interests, there’s an exciting episode in there for them.

Available on: Netflix
What? Series
Relevant to: Religious Studies

If your teen is studying GCSE or A Level R.S., this dramatic fictional series explores what might happen if Jesus was alive – and gathering disciples in Washington D.C – today. The narrative provides an exciting and easily digestible way to think about some of the key themes of Christianity in GCSE syllabus, and foundations of the A Level course too.

3. Abstract: The Art of Design

For all the budding designers, artists and architects, each episode in this series gives an in-depth exploration of a different master designer. Artist Olafur Eliason gives a behind the scenes account of the making of his Tate Modern exhibition; New Yorker cartoonist Christoph Neimann talks about his career and his process and costume designer Ruth Carter talks about how she designed the Oscar-winning costumes for the film Black Panther. That’s as well as world-leading architects, a graphic designer, product designer, shoe designer and an interior designer all telling us about how they do what they do.

This classic film from 2015 tells the story of Civil Rights movement leader Martin Luther King Jr. From his famous march from Selma to Montgomery and his successful campaign to have the Voting Rights Act passed in 1965, this dramatisation is a powerful and educational telling of one of the most important figures and some of the key moments in US history.

Available on: BBC iPlayer
What? 3-part series
Relevant to: A Level English

This chilling three-parter is an adaptation of Bram Stoker’s classic Gothic thriller by the same name. It might sound too entertaining to be relevant to school work, but The Gothic is actually an option in the OCR A Level English syllabus, and Dracula is one of the core set texts. Even if your child isn’t studying this module, the story is a great way to learn about Victorian England.

Available on: Netflix
What? Documentary
Relevant to: History, Politics

This documentary is more obviously educational, but the story it tells makes it a must-watch for teens and adults. It tells the history of black rights in the U.S from slavery to the modern day, with commentary by leading activists, politicians and academics.

Available on: BBC iPlayer
What? Documentary
Relevant to: Geography

You’ve probably watched national treasure David Attenborough before, but if your child hasn’t already seen it, his around the world series about human and animal life on every continent is as visually stunning as it is educational. The exploration of different habitats and the human impact on the environment will feed into learning about Physical Geography on the GCSE and A Level courses.

Available on: Netflix
What? Film
Relevant to: OCR GCSE History

This 2007 biopic starring Cate Blanchet tells the story of Queen Elizabeth I and the challenges she faced as a female monarch during her reign. The events – while historical dramas should always be taken with a pinch of salt – feature in OCR GCSE History, and give an exciting insight into life in Elizabethan England.

Available on: Ted
What? Ted talks series
Relevant to: Art and creativity

This series of Ted talks features 14 exciting artists telling us about their ideas, their lives and why they make art. Whether your child is looking for ideas for their GCSE or A Level Art projects for next year, a creative project over the Summer holidays or advice on how to be creative, these talks are full to the brim of inspiring ways to create.

10. The Trials, Tribulations and Timeline of a Covid-19 Vaccine

For any teens studying Chemistry – or just those who are keen to get a better scientific understanding of covid-19 and vaccines – this talk from Jerome King, Director General of the International Vaccine Institute, explains how vaccines work and what scientists are doing now to create one for covid-19. While it doesn’t directly support a particular A Level module, it feeds into the understanding of drugs and their properties – an A Level Biology topic, and the study of drugs in the A Level Organic Chemistry modules.