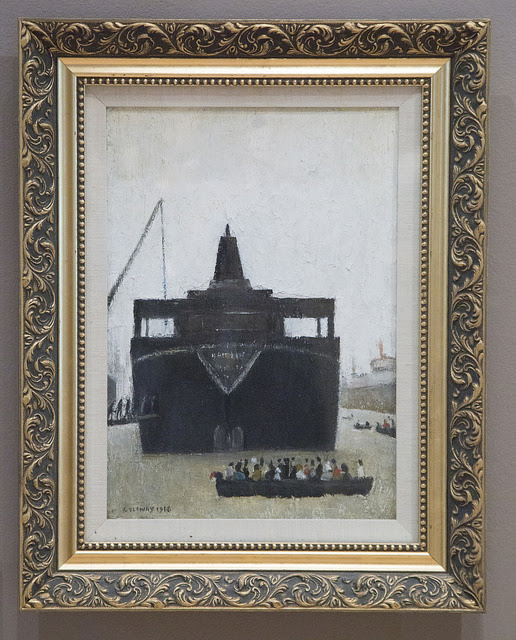 As an artist’s muse, the Swan Hunter shipyard at Wallsend has quite the record.

The unassuming setting on the banks of the Tyne has been the focus of both a painting by one of Britain’s most popular artists AND a stage musical by one of its biggest music exports.

Sting would have been just 17 when the then 81-year-old LS Lowry sat and sketched the scene that would become ‘Narcia fitting out on the Tyne’ in 1968. His own work would follow some 47 years later in the form of the critically acclaimed musical, The Last Ship

Now, the two works will be shown under the same roof – as the LS Lowry painting goes on display at The Lowry in Salford, which is also set to host The Last Ship in July.

The painting is on loan from the collection of The University of Salford’s Art Collection and has been added to The Lowry’s permanent exhibition, LS Lowry: The Art & The Artist for a year.

The Last Ship runs from Tuesday 3 – Saturday 7 July and tells the story of a community amid the demise of the shipbuilding industry in Wallsend, including the closure of the Swan Hunter shipyard.

Claire Stewart, curator of The Lowry Collection, Salford said: “This is a beautiful work painted towards the end of Lowry’s life. He’s really emphasised the size of the tanker as it looms over the small boat in the foreground and it will be a fascinating addition to LS Lowry: The Art & The Artist. We are grateful to the University for the opportunity to share it with our visitors.”

Sting said: “What a lovely surprise to discover that the shipyard which was such a powerful presence in my own life also provided inspiration for one of our greatest artists, LS Lowry. I look forward to viewing the painting up close when I visit Salford for the opening of The Last Ship in July.”

Swan Hunter built some of the most famous ships of the 20th century – including the Carpathia, famous for recusing survivors from the sinking of the Titanic; and the Mauretania, holder of the Blue Riband for 20 years for the fastest crossing of the Atlantic.