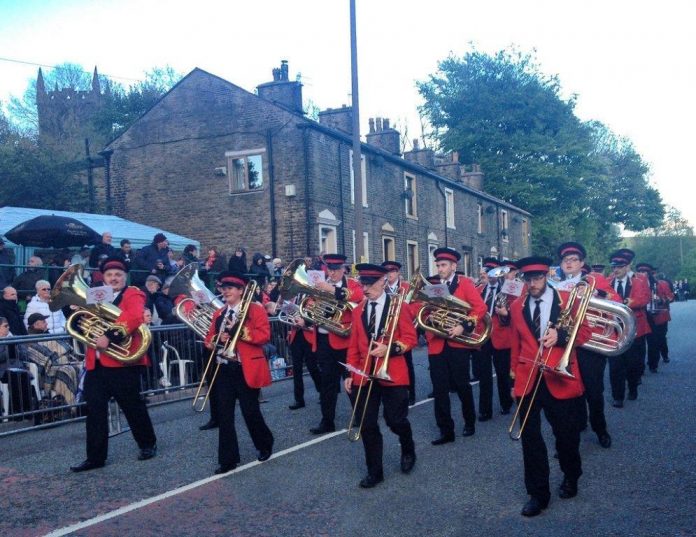 This year’s Whit Friday band contests are set to attract thousands of people to the borough, including musicians from as far afield as Switzerland and Australia.
Oldham Council is again providing help and financial support to ensure the Saddleworth and Lees contests hit all the right notes and everyone enjoys a spectacular day of free entertainment and fun
Dubbed ‘the greatest free show on earth’, this traditional event dates back to 1884.
Contests will run across 11 villages from 4pm until around 10.30pm on Friday, June 9 – following on from the traditional ‘Whit Walks’ in the morning.
This year the Tanunda Town Band from South Australia has made the journey not just to participate in the contests, but also to perform in concerts in and around Saddleworth.

BBC Radio 2 will be broadcasting live on the day as part of ‘Listen to the Band’ and will also be filming the event for a BBC Music Day legacy film.

Several months of planning between partners have taken place to ensure residents and visitors can enjoy the day.
Helen Lockwood, Executive Director Economy, Skills and Neighborhoods, said: “For more than a century the Whit Friday Band have helped put the borough on the musical map – it is the biggest event on our calendar.
“We’re delighted to be welcoming bands and visitors from across the country and a lot further to this great free show.
“It is vital we all support major events like this because they not only put smiles on faces and showcase Oldham, but also contribute to the local economy