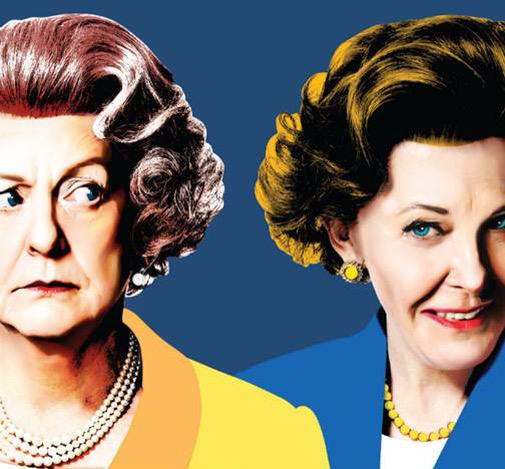 Susie Blake comes fresh from a return to the cobbles of Coronation Street, as Bev Unwin, to play ‘The Queen’ in Cheshire-born playwright Moira Buffini’s Olivier Award-winning comedy Handbagged, at The Lowry this September

Handbagged opens the clasp on the relationship between two giants of the 20th Century.

The monarch – Liz. Her most powerful subject – Maggie. One destined to rule, the other elected to lead. But when the stiff upper lip softened and the gloves came off, which one had the upper hand? Moira Buffini’s celebrated new comedy speculates on that most provocative of questions: What did the world’s most powerful women really talk about behind closed palace doors?

Handbagged first premiered at the Tricycle Theatre in 2013 where it enjoyed a sell-out 7-week run, winning the Olivier Award for Outstanding Achievement in an Affiliate Theatre (2014) and nominations for Best New Comedy and Best Ensemble Performance at the WhatsOnStage Awards (2014). The production transferred to the West End on 9 April 2014 where it ran for a strictly limited 17-week season and received an Olivier Award nomination for ‘Best New Comedy’ 2015.