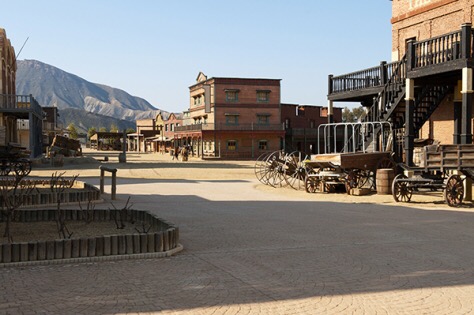 WITH film fans still on tenterhooks for Quentin Tarantino’s long-awaited Western, The Hateful Eight, a new book from a Manchester academic examines the myth of the popular Hollywood genre in detail.
Myth of the Western: New Perspectives on Hollywood’s Frontier Narrative by Dr Matt Carter has recently been published in paperback by Edinburgh University Press.

In the book, Dr Carter examines the nature of the relationship between the Hollywood Western and American frontier mythology. He asks how Western films have helped develop cultural and historical perceptions, attitudes and beliefs towards the frontier, and questions whether there is still a place for the genre in light of revisionist histories of the American West.

Dr Carter, Senior Lecturer in Film, TV, and Cultural Studies, says: “I think the Western endures in the popular American consciousness because, for many, it articulates an older, more deeply entrenched cultural discourse that has powerful historical and political import: the myth of the frontier. In short, the myth provides US Americans with a heroic, palatable version of the history of 19th century westward expansion: a history they wanted rather than the history that was.”

With many critics claiming that the Western has no place in the heart of the new superhero-obsessed, socially aware cinema audience, by looking at films including the Coens’ No Country for Old Men and Clint Eastwood’s Unforgiven Dr Carter’s book argues that the genre still has socio-cultural, historical and political importance. He also looks at the different ways in which the genre has responded to the issues raised by the frontier.
He said: “The start of the 21st century saw another resurgence in the political usage of the myth in a waynot seen since the 1890s. In particular, the myth was revived in the political responses to 9/11 and the US military actions that took place in its aftermath. At the same time, there was a resurgence in Western film production.

“The central premise of my thesis was not so much to draw a parallel between the political usage of myth and a reignited popular appeal of the Western, but to reconsider the history of Western film scholarship in light of this mythic resurgence. I sought to reconsider the critical capacity of the genre by teasing out those conflicting messages contained within popular examples from the Western, those that demonstrated hostility to the heroic version of ‘history’ that the genre was seen to champion.”

Three charts that show where the coronavirus death rate is heading

Manchester up for national award for Veterans’ Village