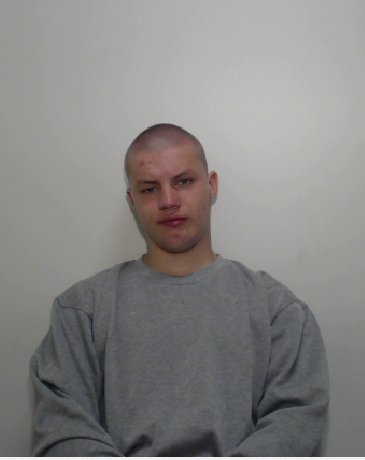 A murderer who strangled a Collyhurst man to death in his own home has been jailed.

Daniels Kurmelovs aged 18 of Dalton Road, Middleton has today, (Tuesday 29 January 2019) been sentenced to life with a minimum of 25 years after being found guilty of the murder of Frank Lennon.

The court heard how on the evening of Friday 20 July last year, Frank had met Kurmelovs in a chance meeting on Bloom Street in the city centre after being out with his family earlier.

The pair walked towards Chorlton Street bus station before catching a taxi to Frank’s home. They then walked inside his flat on Hamerton Road, Collyhurst shortly before 10pm.

Around five and half hours later, Kurmelovs was captured on CCTV leaving Frank’s flat with a blue suitcase that Frank had bought the previous year whilst on holiday. Kurmelovs had filled the case with Spanish cigarettes and other items stolen from Frank’s home.

Kurmelovs had strangled Frank to death. Leaving Frank dead on the floor, he then ransacked his home and also stole watch, necklace and cash from his body.

Frank’s siblings tried to contact him throughout the weekend and found it strange they hadn’t heard back. They then went to his flat where they sadly found his body.

The Home Office Post Mortem determined the cause of death to be compression of the neck. Frank also suffered fractured ribs and other injuries including cuts to his ear.

Six days later – having dramatically altered his appearance by shaving his head – Kurmelovs visited a friend in Middleton where he admitted to murdering a man for his cigarettes which he then attempted to sell.

Officers were alerted and Kurmelovs was arrested.

Senior Investigating Officer Bob Tonge, of GMP’s Major Incident Team, said: “Kurmelovs brutally murdered Frank in his own home. Not satisfied that he was dead, he even took some scissors and cut Frank’s ear – an attempt, he claimed, to see if he was alive.

“Frank also suffered fractured ribs at the hands of Kurmelovs who undeterred by his actions, set about ransacking his flat and stealing his possessions which he brazenly tried to sell just days later.

“Kurmelovs tried to suggest that his actions were accidental and eventually pleaded guilty to manslaughter but thankfully the jury were able to see through that excuse and today convicted him of murder.

“My thoughts remain with Frank’s family who have had to sit through the agony of a trial and the suffering of Kurmelovs’ excuses but I hope today can provide them with some comfort, knowing the man responsible is locked away where he can’t harm anyone else.”

Paying tribute to Frank, his family said: “Frank was much loved by all his family and friends and had much life ahead of him.

“Frank was taken from us in July in completely unnecessary circumstances. We cannot express how devastated we are that his life has been stolen from him.

“Frank is missed every minute of every day.

“We can try to repair our heartache although no matter how long the sentence is, it will not bring Frank back or make our loss any easier.

“We need to attempt to move on and hopefully today will now provide closure for our pain over the last few months, however, we will never forget Frank or the many memories he has given us.

“We would like to thank everyone who has supported us over the past few months.”

Strangeways, here we come as new crackdown on fly-tippers launches