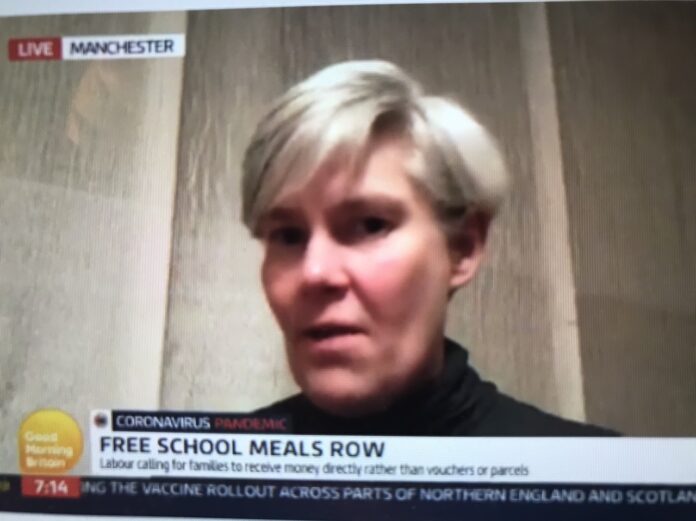 Shadow education secretary and Greater Manchester MP Kate Green has called on Gavin Williamson to resign following the latest row over food parcels provided to families in need of support during the pandemic.

The Government was forced to U-turn on a policy of providing goods instead of cash or vouchers when images of boxes containing just £4 or £5 worth of food instead of the promised £30 were shared online by the Manchester United striker Marcus Rashford, sparking a public outcry.

When asked if she thought it was time for the Education Secretary to quit, Ms Green told Good Morning Britain: “Yes I am going to say that, because I think patience has completely run out with Gavin Williamson and I do think it is time for him to go.

Green told the programme that  families should receive free school meals money rather than vouchers or parcels.

“Ministers are claiming to be disgusted by the images of woefully inadequate food parcels, while blaming individual companies and proposing no long-term solution.

“The government should put its trust in parents by give them the money for free school meals to ensure their children are not going hungry.”

“Children going hungry while schools are closed to most children, has been yet another failing of a Government that keeps letting families down. Our social security system should be a safety net but it has far too many holes in it.

“Giving cash directly to families would support parents in making the best choices on how to look after their children during an unprecedented crisis.”