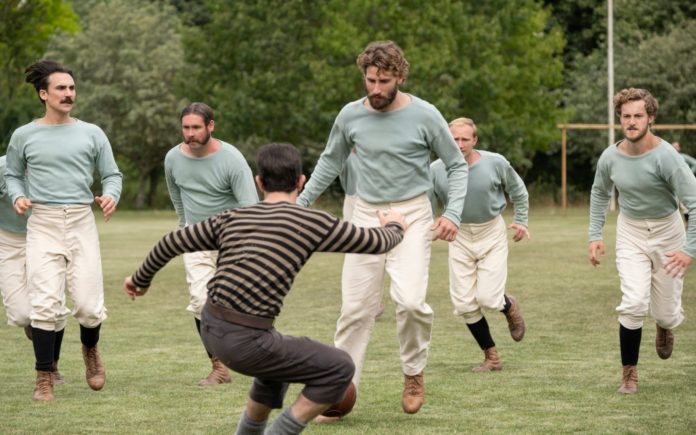 The English Game, released on Netflix on 20th March 2020, is a six-part drama telling the story of the origins of modern football in England.

The new period drama from Downton Abbey and Belgravia creator Julian Fellowes focuses on the rise in popularity of the sport due to, in part, differences in social class and the ability of the sport to cross the class lines.

The backdrop for the dramatic 1883 FA Cup final was Altrincham’s, Stamford Park. The park was closed between 11th and 15th August last year for filming.

Other scenes were filmed in Bolton at Smithills Hall.

The English Game features Edward Holcroft who also appeared in the Kingsman films and Charlotte Hope who featured in The Theory of Everything.

The series starts with football still an amateur sport in 1879 with dominated by people of high class with the most famous team the Old Etonians.

However, a revolution is on its way as working-class team Darwen FC pay two talented players from Scotland to play for them ahead of an FA Cup clash with the Old Etonians.