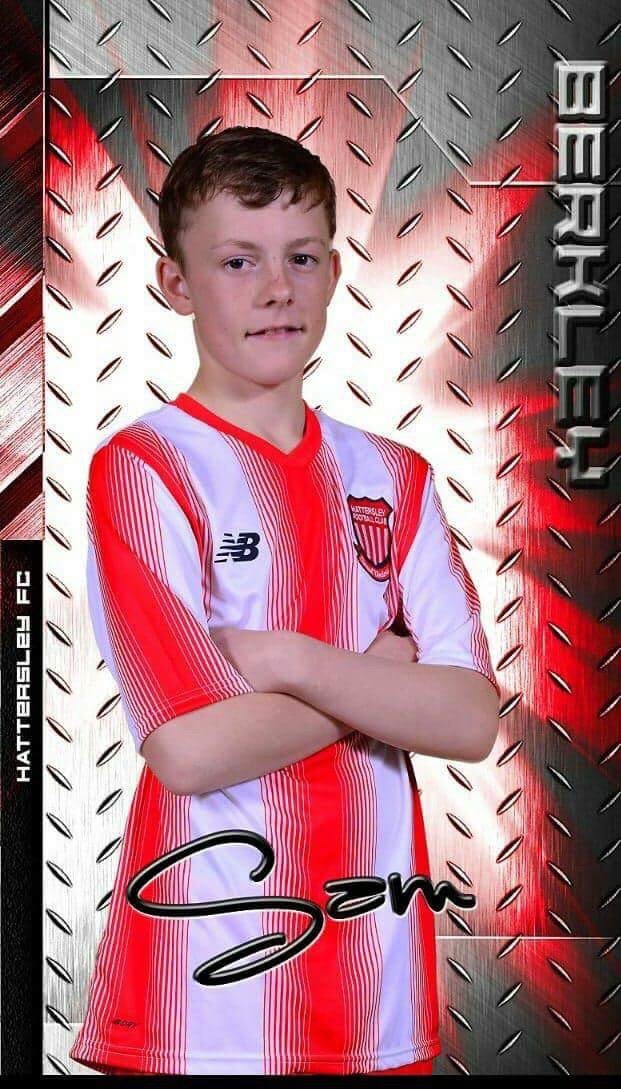 Fourteen year old Samuel Berkley was found unconscious on the hard shoulder by Junction 3 of the motorway in a critical condition and he was taken to hospital where he sadly died.

It has been established that a grey convertible BMW was driving eastbound when it was involved in a collision with the teenager who was in the carriageway.

The driver of the BMW did stop at the scene and spoke with police.

The teenager was a talented footballer who had recently started playing for Hattersley FC.

He went to Audenshaw School with many friends and lived at home with his parents Sarah and Gary in Denton.

He has a big brother called Scott, 21, and an older sister called Charlie, 20, and had just become an uncle to his brother’s new baby, Lilly.

His family said they are completely heartbroken by their loss and although nothing will ever replace losing Sam they hope everyone remembers him for the fun, outgoing and friendly boy he will always be.

Police are continuing to appeal for witnesses and anyone with any information should call the Serious Collision Investigation Unit on 0161 856 4741.