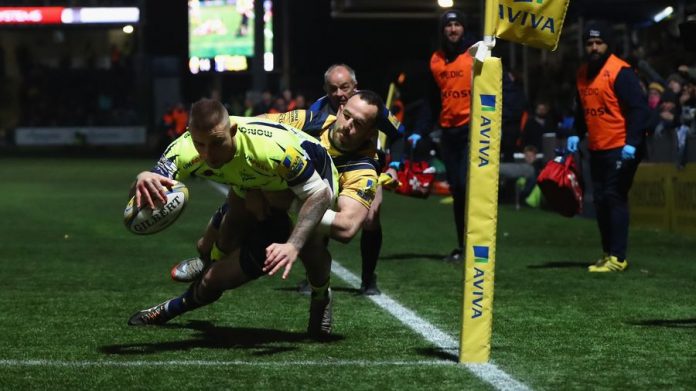 Supersub Mark Jennings scored a wonderful late try to earn 14-men Sale Shark a dramatic but deserved first Premiership away win of the season at Sixways.

The Sharks produced a wonderful display mixing moments of breathtaking attacking skill with stunning defence of the highest order to secure their second successive league victory.

And they achieved it despite being reduced to 14 men after winger Byron McGuigan was red carded after being sin-binned twice on a night of high drama at Sixways.