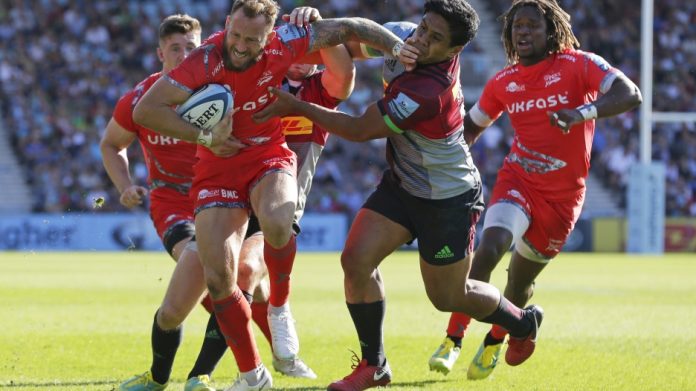 Sale Sharks suffered a second-half fadeout at The Stoop in the season’s Gallagher Premiership opener.

The visitors, resplendent in their new all-red change kit, led 20-17 two minutes before half time after AJ MacGinty and Marland Yarde, against his old club, traded tries with Quins’ Ben Tapuai and Nathan Earle.

But Tapuai, signed from Bath, scored again on the stroke of half-time to put Quins in front.

And after the break Quins eased clear with further scores from Joe Marchant, Marcus Smith and Max Crumpton.

Late tries for Smith and Crumpton put a slant on the scoreline that belied the pattern of the game during a tight first half.

Sharks’ Director of Rugby Steve Diamond said after the game, “We paid the penalty for making mistakes. Miss tackles against a quality side like Quins as we did and you get punished.