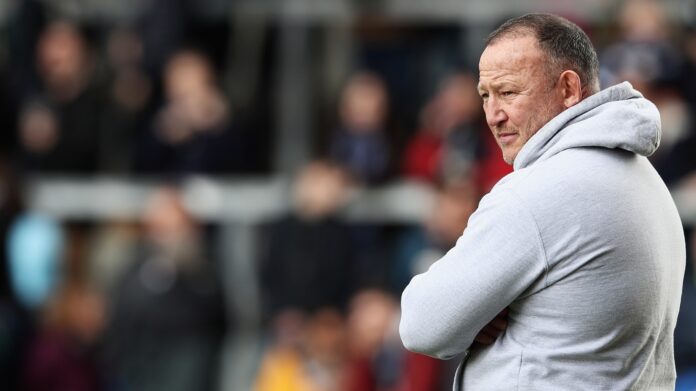 Steve Diamond made his first media appearance ahead of the 2020/21 Gallagher Premiership kicking off this Friday against Northampton and told the press that his team were in  fine fettle at the moment.

“if I’m honest, we have two long term injuries in Lood and Manu but apart from that were in pretty good condition. We have Josh Beaumont and Byron McGuigan out with niggles from last season, but we are expecting them to be involved around Christmas time. Unfortunately, I think we will be looking at March or April time before we see Lood back in action, and I think Manu will be back shortly after that in time for the business end of the season.”

Diamond added that “We will be taking every game as it comes, but we have to be ambitious and be thinking we are a top four side with the squad we have and the coaching set up we have in place. Once you’re in that top four, it’s a different competition all together.

“I think all of our players should be proud of their performance last season and we are hoping to emulate the same combative displays we became a custom to last year. A big thing for us is the start, we know we’re at home first up, we’ve trained well over the past two weeks but we are under no illusions that every match will be a tough encounter this season and that starts on Friday night against Saints.”

Ahead of that game in which the team will be without Tom Curry who is away on International Duty, Diamond said

“Im confident we are in a good position fitness wise and that we are all singing form the same hymn sheet. We certainly won’t have the mentality that all we have to do is turn up at home and win as that doesn’t happen anymore, at any ground. We came unstuck three times after the initial lockdown, probably thinking we were a little bit better than we were if I’m honest. We just need to get the basics right. I think if our defence is up there like it was last season, and we work on the areas we have targeted, which are our goal kicking, our scrum and our discipline, I think it will take a good team to beat us, home or away.”

Belle Vue On The Double In Play Off Semis