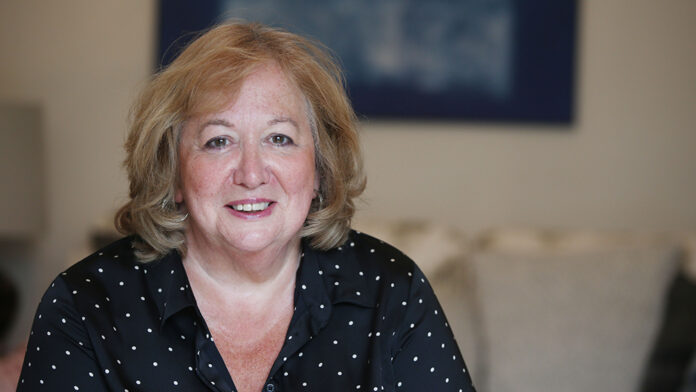 Social care should cease to be a profit-making enterprise that allows companies free rein to exploit staff and the people they look after, says UNISON today .

She said workers should be paid at least the real living wage and there should be a full and independent public inquiry into the government’s handling of the pandemic.

“Eighteen months ago, when we went into lockdown, we were all scared about what might happen to us and our families. But for some, they had to go into work every day to look after older people who needed care, or to support people with learning or physical disabilities.

“We were told by the Tories that they had thrown a protective ring around our care homes. That ring was just as flimsy as the shoddy personal protective equipment (PPE) that came out of their cronies’ brand-new companies. Firms that sprang up literally overnight promising to solve all our problems.

“UNISON set up a PPE hotline and at the height of the pandemic 90% of the calls and emails were from social care workers. They were worried about their own safety, desperate for PPE and terrified to go to work in case they caught the virus and passed it on to their families or the people they cared for.

“Patients were discharged from hospital with Covid and sent straight into care homes. Covid took the lives of over 40,000 care home residents, and care workers were more than twice as likely to die from the virus.

“For these reasons, and for so many others, we urgently need an independent public inquiry. As for where we go next, the plan that Boris Johnson promised us 796 days ago was unveiled just the other week.

“It was trailed as a once-in-a-generation shake-up of social care but was more bluster and lies. Like most things Boris Johnson says, this plan is a total sham because there is no plan. He’s insulting care workers, taking money from their pay packets and kicking them out with his ‘no jab, no job’ policy.

“When I’ve spoken to government ministers about getting them to sort out fair pay, or bring in minimum training and standards, they say they can’t. They say they’re private providers and have no levers to make it happen.

“The very least should be the real living wage, but I don’t think £15 per hour for care workers is excessive when I think about the jobs our members do, the skills, the knowledge, the commitment they bring to their jobs. It’s fair and it’s right.

“Even though there isn’t enough money in care, there are still profits to be made. Care homes are being set up just to service huge loans, with money being taken out of care homes and sent right into the bank accounts in offshore tax havens.

“This country needs a national care service. Why do we all still have to live with the fear and insecurity of what might happen to us when we get older?

“A third of people born today will eventually get dementia. This problem is not going away – we’re at a crossroads, and know the Tories can’t be trusted.

“My message to Boris Johnson, on behalf of our 1.3 million members in UNISON, is that the British public won’t forget you cared more about giving huge contracts to your mates than looking after people in care homes.

“We won’t forget that you let social care bear the brunt of your incompetence. The Labour Party has set out a clear vision to put an end to the social care crisis. And in Wales, Labour in power is already delivering on that.

“What we need is Labour in power in Westminster because that’s the only way we can deliver a national care service.”