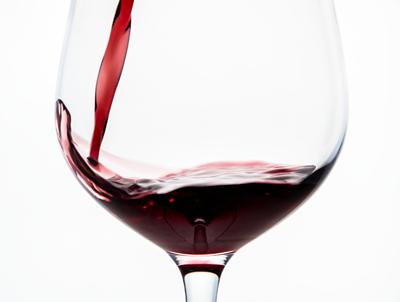 A new study says that moderate levels of drinking, e.g. one bottle of wine per week can put people at risk of cancer, particularly breast cancer.

The research team estimate that in non-smoking men, the absolute lifetime risk of cancer – that is, the risk of developing cancer during one’s lifetime – associated with drinking one bottle of wine per week is 1.0%. For women, it is 1.4%.

Thus, if 1,000 men and 1,000 women each drank one bottle of wine per week, around ten extra men and 14 extra women may develop cancer at some point in their life. In men, this risk appears to be associated primarily with cancers of the gastrointestinal tract, whereas in women, 55% of cases appear to be associated with breast cancer.

The study aims to draw the public’s attention to the fact that just moderate levels of drinking, e.g. one bottle of wine per week can put people at risk of cancer, particularly breast cancer. The authors highlight that this in an important issue as breast cancer is the most commonly occurring cancer in women in the UK.

The authors also found that drinking three bottles of wine per week (approximately half a bottle per day) – a level known to increase the risks of a wide range of different health problems – was associated with an increase of absolute lifetime cancer risk to 1.9% in men and 3.6% in women, or 19 in 1,000 men and 36 in 1,000 women, respectively. This is equivalent to smoking roughly eight cigarettes per week for men and 23 cigarettes per week for women.

Dr Theresa Hydes, lead author of the study published in BMC Public Health, said: “Our study describes the percentage increase of the risk of cancer within the UK population associated with different levels of alcohol consumption, and is the only study to provide a ‘cigarette equivalent’ in terms of harm.

“We aimed to answer the question: Purely in terms of cancer risk – that is, looking at cancer in isolation from other harms – how many cigarettes are there in a bottle of wine? Our findings suggest that the ‘cigarette equivalent’ of a bottle of wine is five cigarettes for men and ten for women per week.”