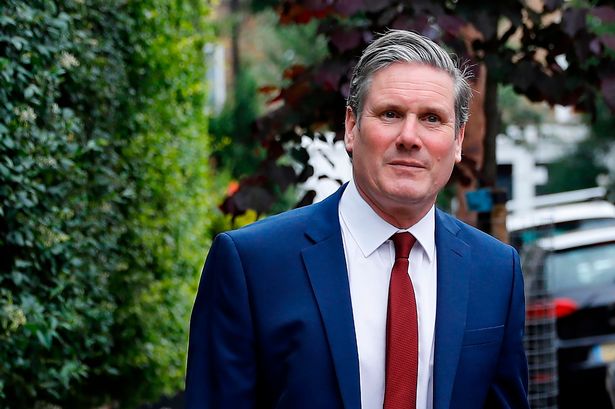 Keir Starmer will today [Wednesday] warn that the Coronavirus crisis and the Government’s inaction have created the “perfect storm” for local councils across the country, risking the decimation of local services.

In a speech via Zoom to the Local Government Association (LGA) Annual Conference, the Labour leader will highlight a “black hole of around £10bn” in council finances if government fails to act.

Setting out a vision to “build a new relationship between national and local government” Starmer will pledge that a Labour government would:

“Give local government a much bigger say over investment and services, not through plans devised by someone in an office on Whitehall, but ones created and rooted in communities, so that they truly serve the people.”

Starmer will also reiterate his commitment to replacing the House of Lords with “a democratic second chamber representing the nations and regions of the UK.”

“A Labour government would win power in order to hand it back to the nations, regions, cities and towns across our country.

“We would give local government a much bigger say over investment and services, not through plans devised by someone in an office on Whitehall, but ones created and rooted in communities, so that they truly serve the people.

“We would put local government, its power and its innovation, straight at the heart of Westminster by replacing the House of Lords with a democratic second chamber representing the nations and regions of the UK.

“And we would give councillors, communities and people on the front line in our public services a bigger say over the decisions that affect them.

“Because at the heart of the broken trust in national politics and politicians is a feeling that we aren’t listening.”

Analysis undertaken by the ten Greater Manchester councils and Greater Manchester Combined Authority (GMCA) shows that the impact of coronavirus and the actions taken to manage the pandemic will be in the region of £732m by the end of 2020/21 alone.

This is made up of additional costs faced in delivering the Greater Manchester response to the crisis of £236m, together with lost revenues of £496m. When taking into account government grants and reserves, the total net deficit facing local government finances is £368m.

“But working with you, we want to prove this wrong. And truly empower local communities.

“So, where services people use in their daily lives are no longer a source of convenience but frustration – let’s make them truly accountable to the people they serve.

“And where politics feels distant or remote or like something that is ‘done to’ people rather than ‘with them’ and ‘for them’ – let’s break down those barriers to make sure people have the power to make their voices heard.

“And where government in Westminster imposes decisions and cuts that trample on innovation, put business out of action or damage people’s lives and livelihoods without fully understanding the consequences – let’s offer a vision of a fairer Britain that will be better for everyone.”