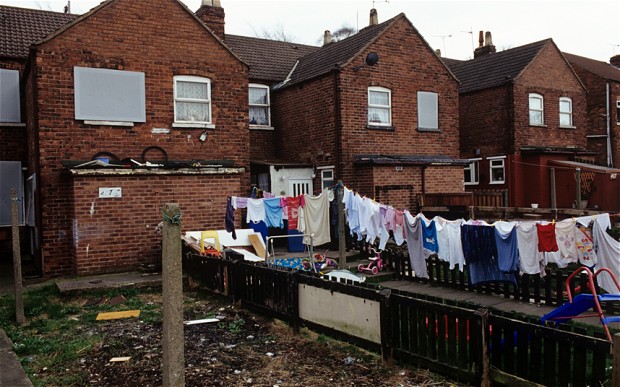 A new report published today by the Social Metrics Commission (SMC) highlights that although the poverty rate in the UK has remained largely unchanged over the last 20 years, there has been a significant increase in the proportion of people living in deep poverty – that is, more than 50% below the poverty line.

The report also warns that it is those in deep poverty who are being most significantly impacted by the coronavirus.

Before the coronavirus pandemic struck, there were 4.5 million people (7% of the UK population) living in deep poverty, up from 2.8 million (5% of the population) two decades ago.

This is in contrast to the overall rate of poverty, which has changed relatively little over the same period (decreasing from 23% in 2000/01 to 22% in the latest figures).

The report emphasises the importance of looking beyond headline numbers of people in poverty to understand the nature of that poverty, and provides a baseline to help understand the potential impacts of the COVID-19 crisis. YouGov survey data included in the report reveals that those living in deep poverty before the pandemic have experienced the largest changes in employment since then:

Two in threeof those employed and in deep poverty prior to the crisis have seen reduced hours or earnings, been furloughed, and/or lost their job.

This compares to one in three of those employed and living in families more than 20% above the poverty line prior to the crisis.

More than a third of those in deep poverty have had their hours or pay reduced as a result of the crisis, compared to less than a quarter of those living more than 20% above the poverty line.

The results show that others living in poverty or just above the poverty line have also been impacted by the crisis. Nearly one in eight of this group who were previously employed say they have been made unemployed as a result of the crisis, compared to fewer than one in ten of those living more than 20% above the poverty line.

The report also shows that:

Families in poverty where the adults work full time are less likely to experience deep poverty.

If the rate of deep poverty was the same today as it was in 2000/01, 1.3 million fewer people would now be in deep poverty.

Philippa Stroud, Chair of the SMC and CEO of the Legatum Institute, commented: “It is extremely concerning that the proportion of people experiencing deep poverty has risen since the millennium, through Governments of all colour, and is likely to continue to increase as the country struggles with the ongoing effects of the coronavirus pandemic.”

“Our analysis indicates a picture where, over the last 20 years, rising employment rates for those in poverty were helping families move out of deep poverty, so they were more likely to be able to escape poverty in the future. A reversal of this employment success story will likely lead to many of those already experiencing poverty moving into deeper poverty. Supporting employment, especially for those on the lowest incomes, must remain a key priority of Government.”

“The SMC’s analysis of those in deep poverty also demonstrates the importance of looking beyond previous headline poverty measures to ensure that all those living in poverty are not viewed as a single group. Poverty is more likely to be experienced by some families than others, and the nature of that experience is also incredibly varied. The causes and implications of these various types and experiences of poverty are different, which means the approach needed to tackle them will be different.”

Eastern Arm of HS2 could be abandoned