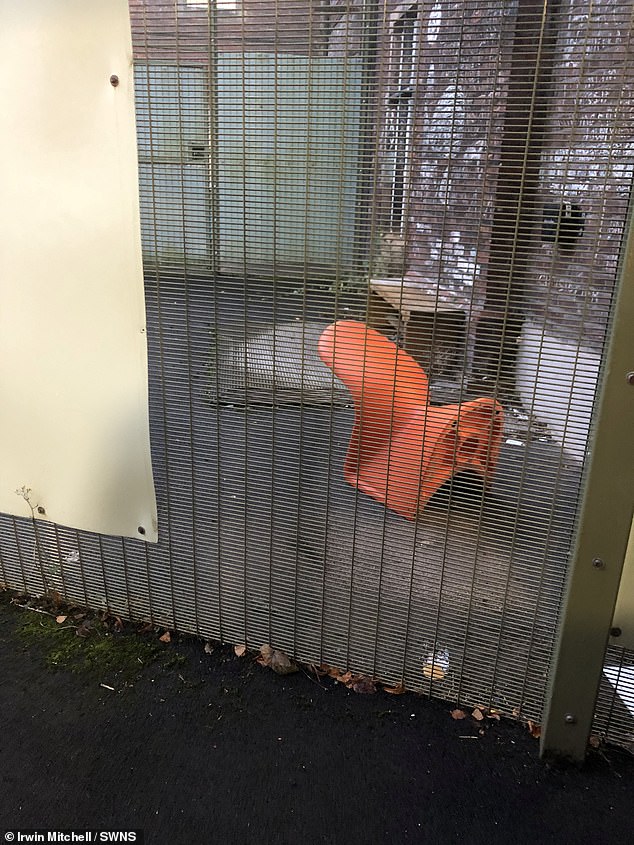 The 24-year-old, known as Patient A,- spends most time alone in 423 sq ft apartment after being admitted to a psychiatric hospital for young people and adults four years ago

He was admitted to a unit for patients with severe mental illness at the Countess of Chester Hospital at age 14 after he started regularly ‘lashing out’ at his grandparents, mother and brother.

Nicola says her son had a typical childhood up until around the age of 12. He was diagnosed as autistic aged seven, then later with Tourette’s and a learning disability.

By age 20, he was admitted to Mersey Lodge at Cheadle Royal Hospital and spends his time in a secure 423 square foot apartment that features a garden – with a cycling track and trampoline – a snug room, lounge, bedroom and bathroom.

The apartment is monitored round the clock by CCTV and is about the size of a large living room.

In an investigation led by The Sunday Times, his 50 year old mother Nicola said: ‘Sometimes I have to get out of there just so I can breathe.

‘Being in that box isn’t right for his autism. The only thing he has to look forward to in life is the things I give him. A PlayStation. A mobile phone. Films. Takeaways. Every room he enters, they are watching him on a monitor. That’s no life for a 24-year-old.’

Have your say on HS2 route extension to Manchester