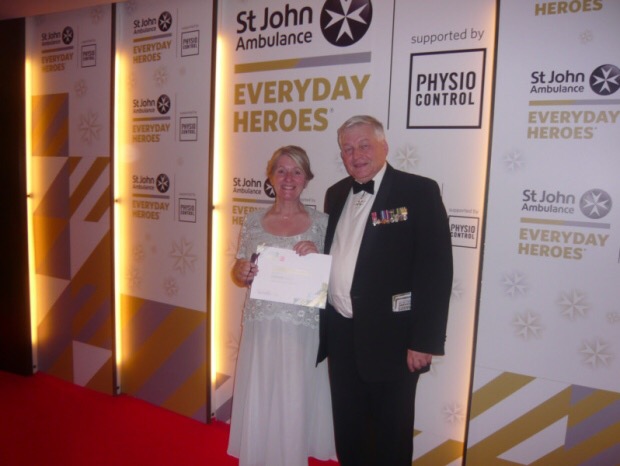 The nation’s leading first aid charity is calling for nominations from Greater Manchester for its annual inspiring awards.

Previous winners from the region include the inspirational couple, Dan and Joanne Thompson, who started Millie’s Trust after losing their daughter, Millie, in a choking incident at a nursery. Dan and Joanne were named First Aid Champions at the 2015 Everyday Hero awards. Since the death of Millie, the couple have worked tirelessly to promote life saving education and training in first aid through Millie’s Trust. Their work has enabled parents and carers to attend heavily subsidised first aid awareness courses. They have also campaigned successfully to ensure that new nursery staff are trained in paediatric first aid.

Everyday Heroes 2015 saw the highest ever number of nominations and St John Ambulance is asking the public to get in touch and tell them about friends, family members, colleagues, and even strangers who’ve saved lives or championed first aid.

Heather Arrowsmith, Regional Director from St John Ambulance said: ‘Everyone has the ability to save a life and our Everyday Heroes awards give us a chance to celebrate those who are doing just that.

‘We’re on the lookout for anyone who has gone out of their way to help people through first aid – from life savers, to campaigners, teachers, and fundraisers.

‘Each year we hear incredibly inspiring stories of ordinary people who have done extraordinary things.

‘If you know someone who deserves recognition for their outstanding first aid achievements, nominate them for an Everyday Heroes award.’

Entries close on 5pm on Thursday March 24, 2016 and nominees will be invited to a star-studded ceremony in London, at The Grange St Pauls on September 7.

Soldier who fought at the Somme remembered at Clayton War Memorial