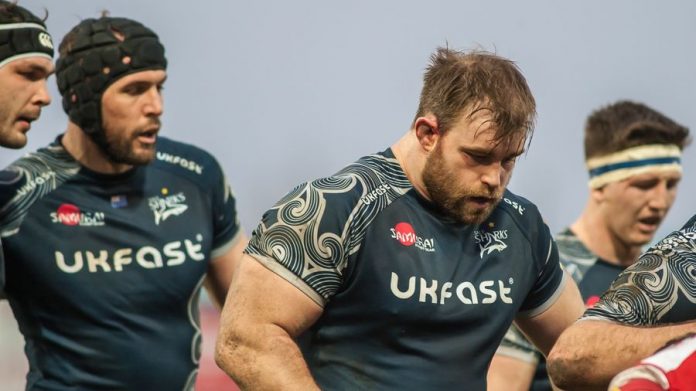 Born in Plymouth, New Zealand, the former Wales Under-20 international joined the Sharks from Championship side Doncaster Knights last summer and has gone on to enjoy a stellar first season at the club.

To date, WillGriff has made 19 appearances across all competitions and established himself not only as one of the key cornerstones of the Sharks pack but also amongst the Premiership’s brightest emerging front-row talents.

News of the 25-year-old’s new deal is just the latest in a series of long-term contract renewals secured by Sharks director of rugby Steve Diamond with key personnel over the past month and represents another huge boost for the club’s long-term ambitions.

WillGriff began his playing career at Pontypridd and went on to represent Wales across all junior levels.

He also spent time with Cardiff Blues before moving to New Zealand, spending two years with the Northland province where he played in New Zealand’s domestic ITM Cup.

WillGriff then returned to the UK in 2014 to join Doncaster Knights where he emerged as one of the Championship’s leading tight-head operators before joining the Sharks last summer.