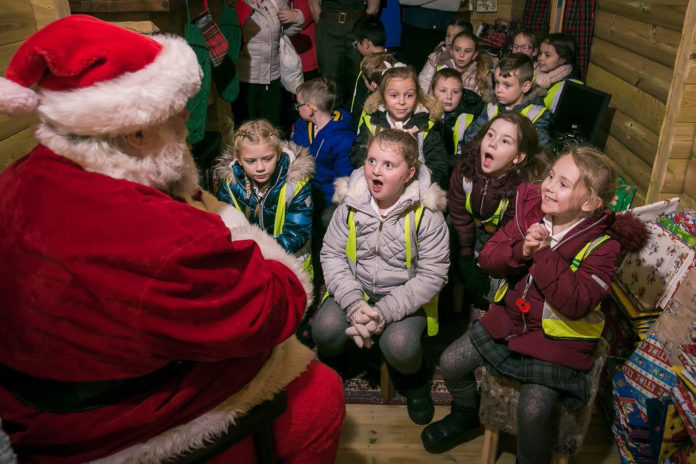 What makes Christmas magical to you? It was a question local school children were asked to inspire a special new North West Christmas Tale, a story encapsulating the magic of Christmas as understood by children in the region.

The North West Christmas Tale – titled ‘The Snow Hunters’ – was officially revealed for the first time via an exclusive reading by Santa Claus on the opening night of his Manchester Grotto at Chill Factore.

Highly acclaimed author and poet, Mike Garry, was commissioned by Chill Factore, home to the UK’s only Santa’s Grotto on real snow, to write the exclusive Christmas story.

Schools across Greater Manchester, Lancashire, Cheshire, Cumbria and Merseyside were encouraged to get involved and five schools were chosen to host a special creative storytelling workshop run by renowned charity Grimm & Co, during which ideas came to life on what the children believe makes Christmas magical, special traditions and how Christmas makes them feel.

Now available as a downloadable e-book from the Chill Factore website, residents from the North West can download the book and enjoy the Snow Hunters magical tale every Christmas.

Morwenna Angove, CEO at Chill Factore, said: “The reading of this extraordinary tale was incredibly magical – this was the first of its kind in the North West and has been created with school children across the region, meaning it really does have a place in our hearts.”

Mike commented: “The ideas and stories we’ve had from the schools that have taken part are incredible – truly heart-warming to read! We are very proud of our heritage in the North West and I think it’s really special that our schoolchildren have such treasured experiences of Christmas.”

Art and inspiration from Syrian refugees