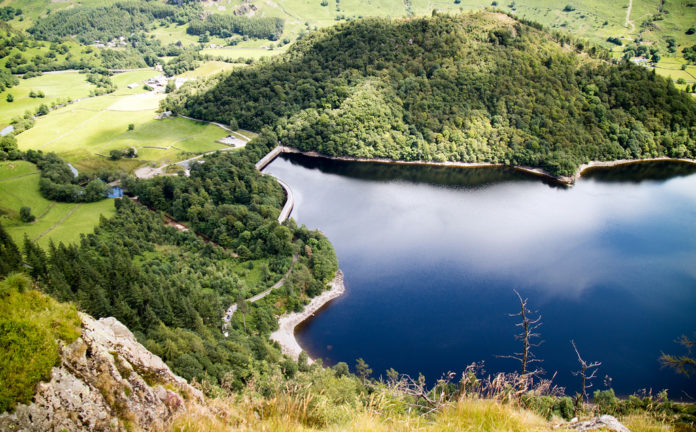 The late William Telford Gunson, a former member of Manchester City Council,from 1884 until 1892 has been recognised as one of the most influential surveyors of the past 150 years for his work to deliver drinking water to Manchester via the Thirlmere dam and aqueduct.

William was a civil engineer, architect and surveyor, and is one of 64 surveyors shortlisted in the RICS’ (Royal Institution of Chartered Surveyors) national ‘Pride of the Profession’ campaign, which celebrates the greatest surveyors from over the last 150 years who have had a significant and positive impact on society.

In 1884 William joined the Manchester City Council team that were responsible for conducting the survey for the Thirlmere dam and aqueduct and helping to deliver the comprehensive project. The aqueduct took eight years to construct and over 35 years to complete, with running water first arriving in Manchester from Thirlmere in the Lake District in 1894.

To this day the aqueduct still delivers water to Manchester city, and it recently underwent a £25 million restoration programme. It delivers 220 million litres of drinking water each day, which is 11% of the North West’s drinking water, from the Lake District to Manchester in a 36-hour journey. When the M6 motorway was under construction a section of the aqueduct was diverted, such is its importance. Another section has also been rerouted to accommodate a new road. The 96-mile journey is entirely gravity-reliant and has no pumps along its route.

In 1873 William founded WT Gunson, a commercial estate agent and surveying firm. He was joined by his son shortly after founding the company, and the pair combined to successfully deliver some of the region’s finest churches, as well as public buildings such as Lytham Pier and Pavilion and Hyde Reform Club. The firm still operates across Manchester and the North West today.

Sean Tompkins, CEO, RICS said: “Our Pride in the Profession initiative is about celebrating the remarkable contribution surveyors have had and continue to have on society. William Telford Gunson’s work to deliver safe drinking water to Manchester in the 1800’s has had a lasting positive legacy on the city and stand him out as a great surveyor worthy of such esteemed recognition.”

Other UK-based surveyors recognised in the RICS’s Pride in the Profession campaign include Antonia Belcher, founding partner of MHBC building consultancy, who has been highlighted as a champion for LGBTQ issues in the surveying industry. John Logden OBE, founder of the not for profit ‘Pub is the Hub’ initiative to help rural pubs diversify with vital community services, has also been recognised.

Meanwhile, the late John Wornham Penfold who was a founding member of RICS has been recognised in the Pride in the Profession campaign after designing the much-loved Victorian Penfold post box. The admiration of Penfold’s post-box design was later characterised in the well-known Danger Mouse cartoon series, after the crime-fighter’s side-kick was named ‘Penfold’, as the duo’s hide-out was a letter box.

To find out more about the surveyors recognised in RICS’s ‘Pride in the Profession’ campaign, and vote for your favourite, visit www.rics.org/150

First UK stage adaptation of Ernest Hemingway’s A Farewell To Arms to open at...