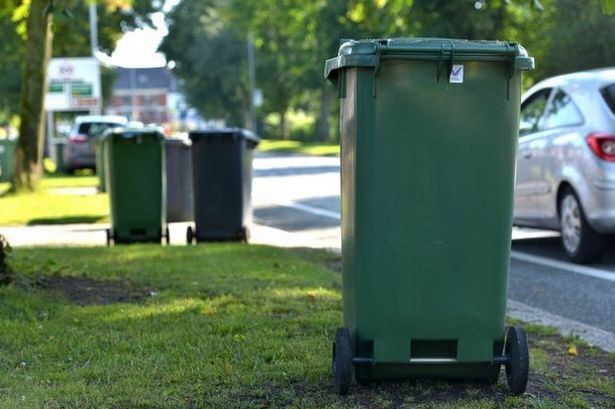 Salford City Council is to pilot  three weekly collections of non recyclable waste from next year.

Councillors gave the go ahead today (Tuesday November 24) to a pilot scheme starting in nine wards from next July.

Food and green waste will still be collected every week and recyclable materials every fortnight. But, under the pilot scheme, covering half the city, non recyclable waste will be collected in black bins every three weeks instead of every two as at present. The size of the 240 litre bins will not be reduced.

“If we don’t increase recycling further and stop sending so much waste to landfill, we could be looking at spending up to £3.5 million more on waste in the next few years. That’s an awful lot of money to spend on throwing rubbish into a hole in the ground,” she said.

“If we can boost  recycling we could save at least £1 million per year. That’s money we can spend on services for local people.  It’s estimated that 35% of the waste that goes into black bins could be recycled, so there a lot of potential.

“I do understand people’s concerns about this but weekly food collections will not be changed. And if everyone in the city recycled just  22 extra plastic bottles, 17 extra glass jars and 30 more cans a year, it would push recycling rates in the city up by five percent and be so much better for the environment.”

The cost of sending waste to landfill is set to rise to £325 per tonne, whereas every tonne of waste recycled generates £25 for Salford City Council. The council collects on average 6,250 tonnes of waste per month.

The artist Folio at the Oldham Gallery