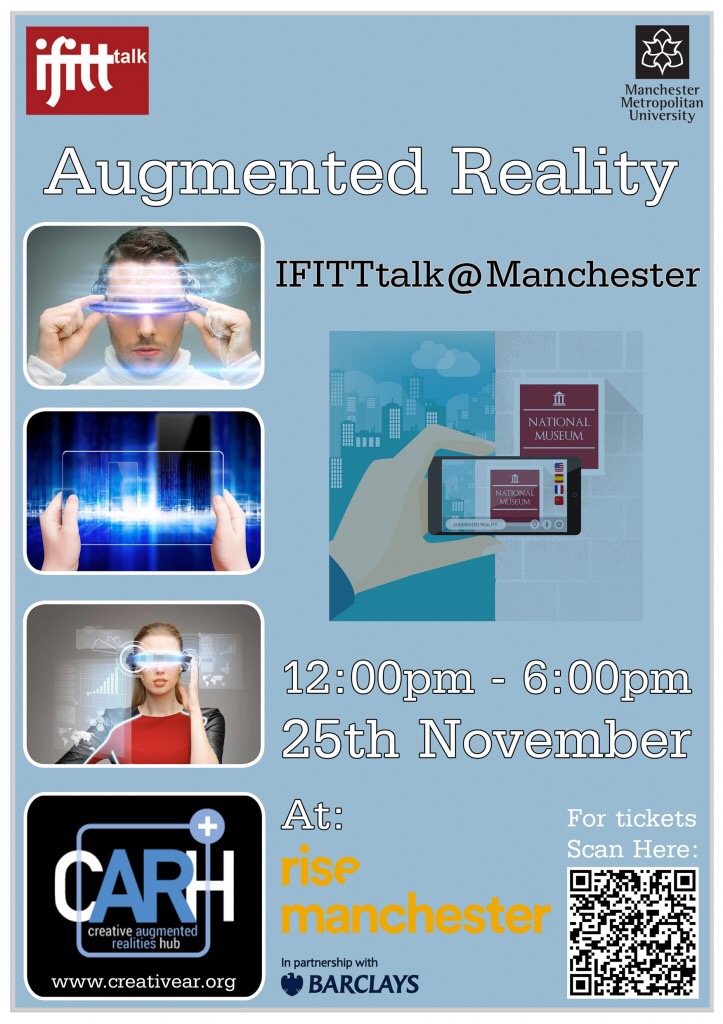 A sold out  event taking place in Manchester this week will explore the implications of new technologies for travel and tourism businesses.
With a focus on “augmented reality”, the event, which is organised by the Creative Augmented Realities Hub from Manchester Metropolitan University and hosted at Barclays Rise Manchester, will include presentations from professionals and researchers alongside demonstrations of real-life examples of applications developed by companies such as Centre Screen, Draw and Code.

The event is sponsored by the International Federation of IT in Travel and Tourism.

Conference Organiser Dr Timothy Jung, Director of the Creative Augmented Realities Hub at Manchester Met said: “This is a first of its kind international event on augmented reality and visitor economy in Manchester, and will bring together expertise from leading academics and industry professionals.

“Augmented reality is a new and innovative technology for the visitor economy and we at the Creative Augmented Realities Hub are delighted to host the Augmented Reality IFITTtalk@Manchester as it will identify latest developments, trends and opportunities within augmented reality for the future of the visitor economy in Manchester and other cities in the UK.”