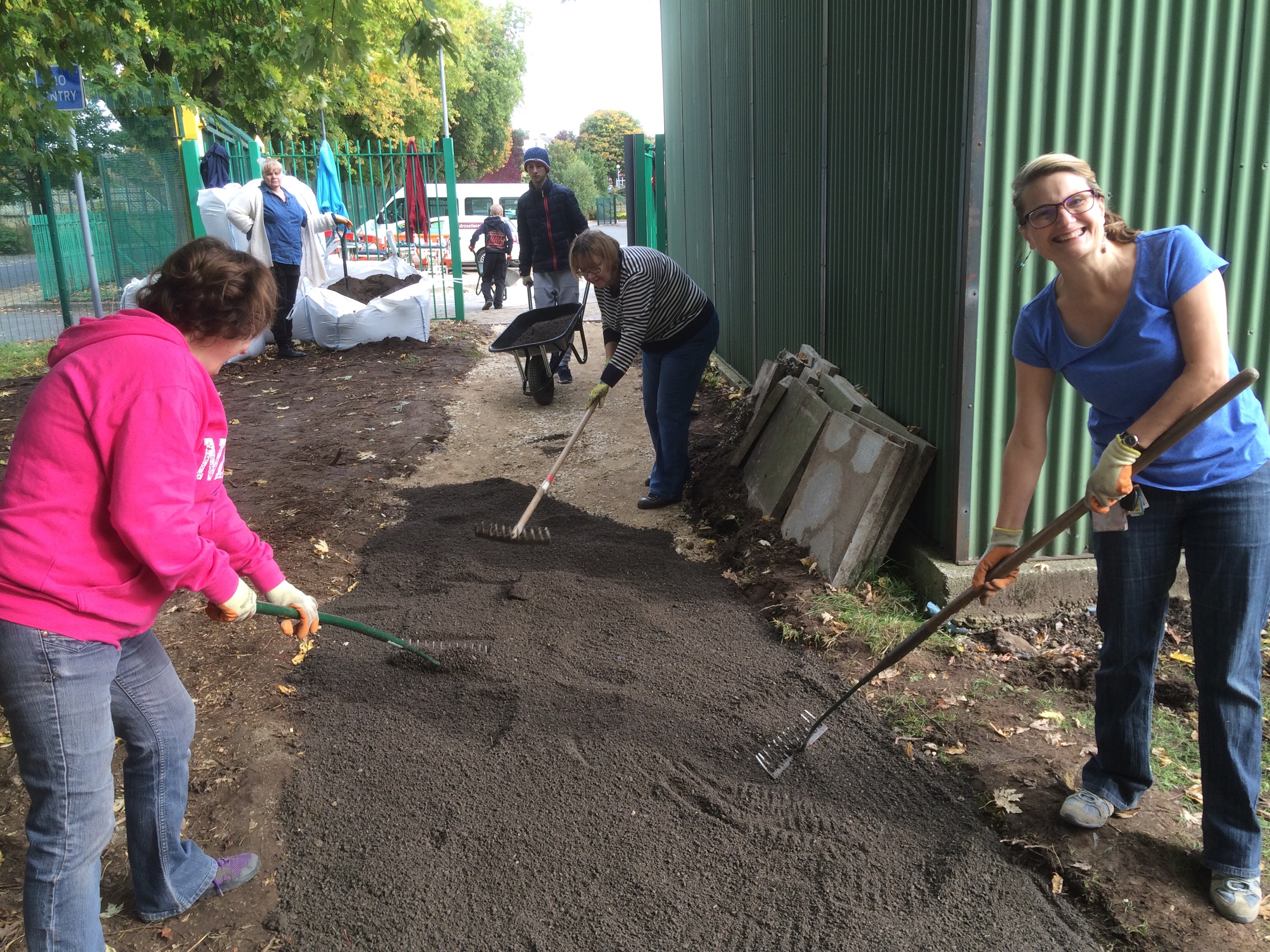 Pupils at a Salford primary school have created their own food growing area with help from local environmental charity Red Rose Forest and a team of hard-working volunteers.
Springwood Primary School in Swinton now has its own food growing space featuring paths, raised beds for growing veg, and fruit bushes.

The school serves pupils from across the city aged two – 11 years old who have profound, complex and challenging needs.

Red Rose Forest’s Green Streets team has provided specialist help and advice to the school on how to grow fresh fruit and vegetables, and it’s hoped the pupils will be able to cook some of the produce they grow.

The raised beds, which were designed by experts from the Conservation Volunteers (TCV), are specially designed for pupils in wheelchairs to use.

Pupils, their families, and school staff joined officers from Swinton Police Station and staff from local business IT specialist K3 BTG recently to construct the food growing site. The team of more than 30 volunteers worked with staff from TCV to build the raised beds, and also moved more than 20 tonnes of soil and stone to create a 50m network of paths.

The project is one of several food growing spaces which Red Rose Forest has helped to create in Salford in recent years. These include a community orchard planted at Lightbourne Green in Swinton last year made up of pear, plum, and damson trees. Another food growing space was created for pupils at Ellesmere High School in Eccles earlier this year.

Kevin Wigley from Red Rose Forest said: “The project at Springwood has been designed especially with the needs of the pupils in mind – with raised beds modified to allow wheelchair users to access them, and surfaced paths allowing easy access. As well as giving them the opportunity to learn outdoors and grow fresh food it will also provide a wonderful sensory experience.”

Springwood School headteacher Lesley Roberts said: “It was wonderful that so many people turned up to help. It was hard work but we all had fun doing it. The area will enable the school to develop our curriculum using the outdoors and give our pupils new challenges and experiences.”

Maiden voyage of boat made of recycled plastic at Salford Quays