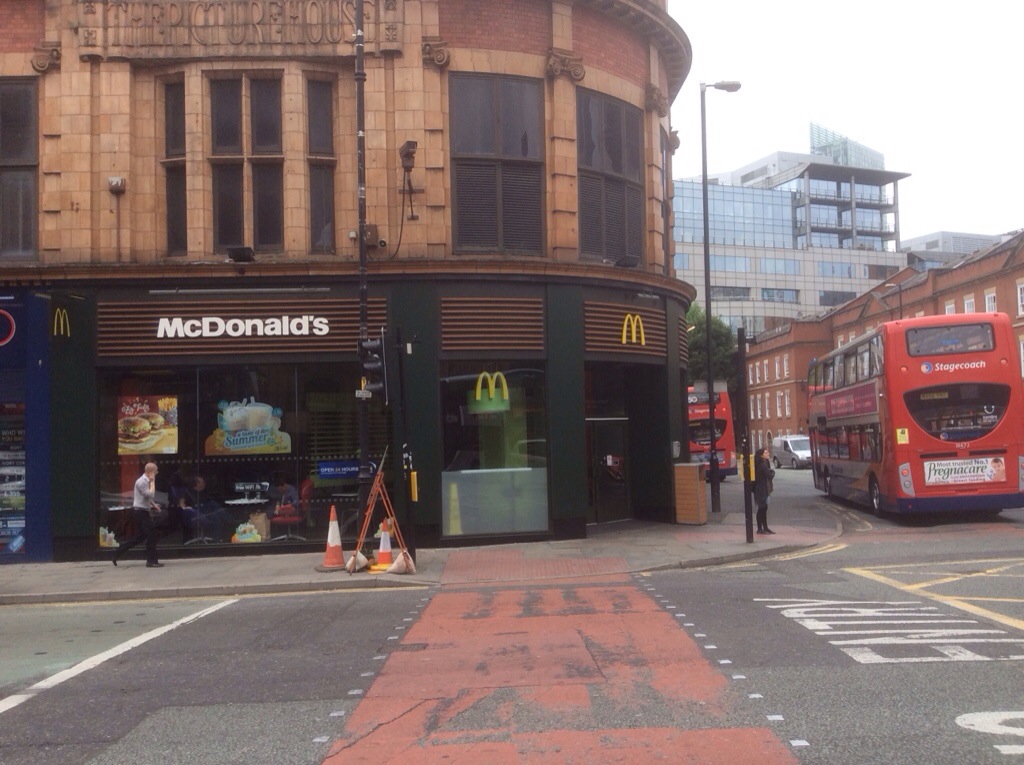 It’s yellow arches and it’s fast food may be frowned upon in some quarters, for others it is godsend for keeping children quiet but now a new report out this week marking McDonald’s forty years in the UK shows just how much it contributes to our economy.

It has supported the creation of 1.5 million jobs; spent over £26b with UK-based businesses; and delivered a total contribution of more than £40b to the British economy in 2013 prices, according to the report serving the UK:McDonalds at 40.

In Greater Manchester, it contributes £130m a year to the economy, and across Lancashire as a whole it employs over six thousand people.

“To mark our 40 years in the UK we wanted to take a close look at our economic and community impact, from the jobs we have created to the world leading supply chain we have built,” commented Jill McDonald, North West division president and chief executive officer, McDonald’s UK.

The first McDonald’s was built in 1940 by the McDonald brothers Dick and Mac and their first franchisee, Ray Kroc, was appointed by in San Bernardino, California in 1955.He would later buy the rights to the product from the brothers for $2.7m dollars.

Ronald McDonald appeared for the first time in 1963, and by the end of the 1960’s over one thousand restaurants were open across every America state. The brand became international in 1967 opening a UK office in 1974.

The McDonald’s breakfast came in 1982 and one of the first drive thru restaurants in the UK opened in Fallowfield three years later while its 100th UK restaurant opened in Market Street.

It has been embroiled in controversy.In 1984, A McDonald’s pamphlet was distributed to health professionals in the UK stating that:

“There is a considerable amount of evidence to suggest that many of the diseases which are more common in the western, affluent world – diseases such as obesity, diabetes, high blood pressure, heart disease, stroke, and some forms of cancer – are related to diet. The typical western diet is relatively low in dietary fibre (roughage) and high in fat, salt and sugar.”

That same year Geoffrey Guiliano, a main Ronald McDonald actor, quit and publicly apologised, stating “I brainwashed youngsters into doing wrong. I want to say sorry to children everywhere for selling out to concerns who make millions by murdering animals” and Greenpeace launched a campaign intended to expose the reality behind the advertising mask of the fast food chains, including McDonald’s and during the 1990’s it became embroiled in the famous McLibel trial.

In Manchester in 1992, Mark Hopkins, a McDonald’s worker was fatally electrocuted on touching a ‘fat filtering unit’ in the ‘wash-up’ area of the store.

To their benefit, McDonald’s became the first UK restaurant group to introduce nutritional information, throughout the country, for the benefit of customers in 1986 and despite all its setbacks the brand appears to grow and grow and it is repeatedly praised as one of the best companies to work for in the UK