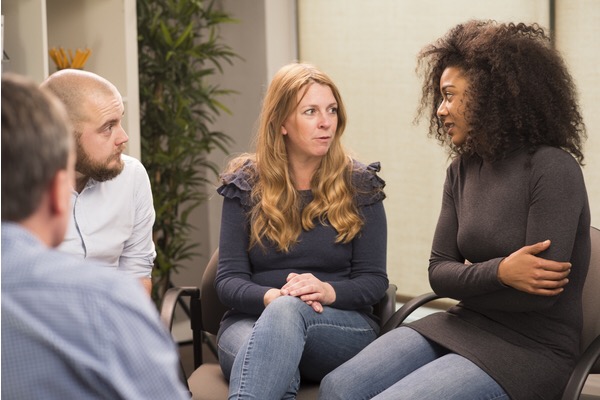 Just over a year on from the horrific crash that left him needing to be cut out from the cab of his bus, bus driver Sherzad Mizouri agreed to meet the young man that crashed into him.
Emmanuel Dube was driving illegally on 3 November 2015 when he ran a red light on Oxford Road, Manchester, and smashed into Sherzad’s bus. There were no passengers on board, but the bus mounted the pavement dangerously close to passers-by, and Sherzad himself was injured and trapped inside.

The pair agreed to meet last week as part of a restorative justice conference organised by local probation services, a move designed to bring closure to both the victim and the offender.

Sherzad said: “I’m still in pain from the crash, but I was glad to meet Emmanuel. I gave him lots of good advice. He is still young and has to change his life and think positively for himself and his family.

“I don’t want him to worry about the accident. It was his fault, but it was a mistake and he has to learn this big lesson and do something with his life. I just wanted to help him. I have a son and I would be glad if someone else would help them if they needed it. Young people and teenagers need guidance and care to become good people.”

Emmanuel said: “A year on from the crash I was still dwelling on what had happened and reflecting on it. My probation officer suggested that I meet Sherzad to help get some closure and move on with my life. I wanted the chance to apologise to him and explain my actions. I didn’t want him thinking I was just some criminal out to hurt people.

“He’s an older guy that’s been through a lot. He really understood where I was coming from and that young people make mistakes. It’s ok as long as you learn from them. I felt really good afterwards, like a massive weight had been lifted from my shoulders. It was hard to face up to what I had done and the pain I had caused him but he was so welcoming and forgiving. I have learned my lesson.”

Greater Manchester Mayor and Police and Crime Commissioner Tony Lloyd said: “Restorative justice can be a powerful force in bringing real justice for victims and bringing perpetrators face to face with the people they have offended. Hopefully this will have a lasting impact and prevent further reoffending.”

Susy Barnes from the Cheshire and Greater Manchester Community Rehabilitation Company added: “Restorative justice can be life-changing – you get to see human beings at their very best. Victims are able to work through their negative experiences and it empowers them take back control of the situation, which may even be choosing to help offenders turn over a new leaf. Restorative justice gives a voice to the victim and helps the offenders to see a new perspective and get a deeper understanding of the impact of their behaviour on victim. It helps to heal and resolve situations.”

Restorative justice only takes place if both the victim and offender agree to it, and if facilitators agree that it is safe. It can be done through face-to-face meetings or through exchanged letters, but always under the guidance of trained professionals.

Two men in court today over the murder of David Allan