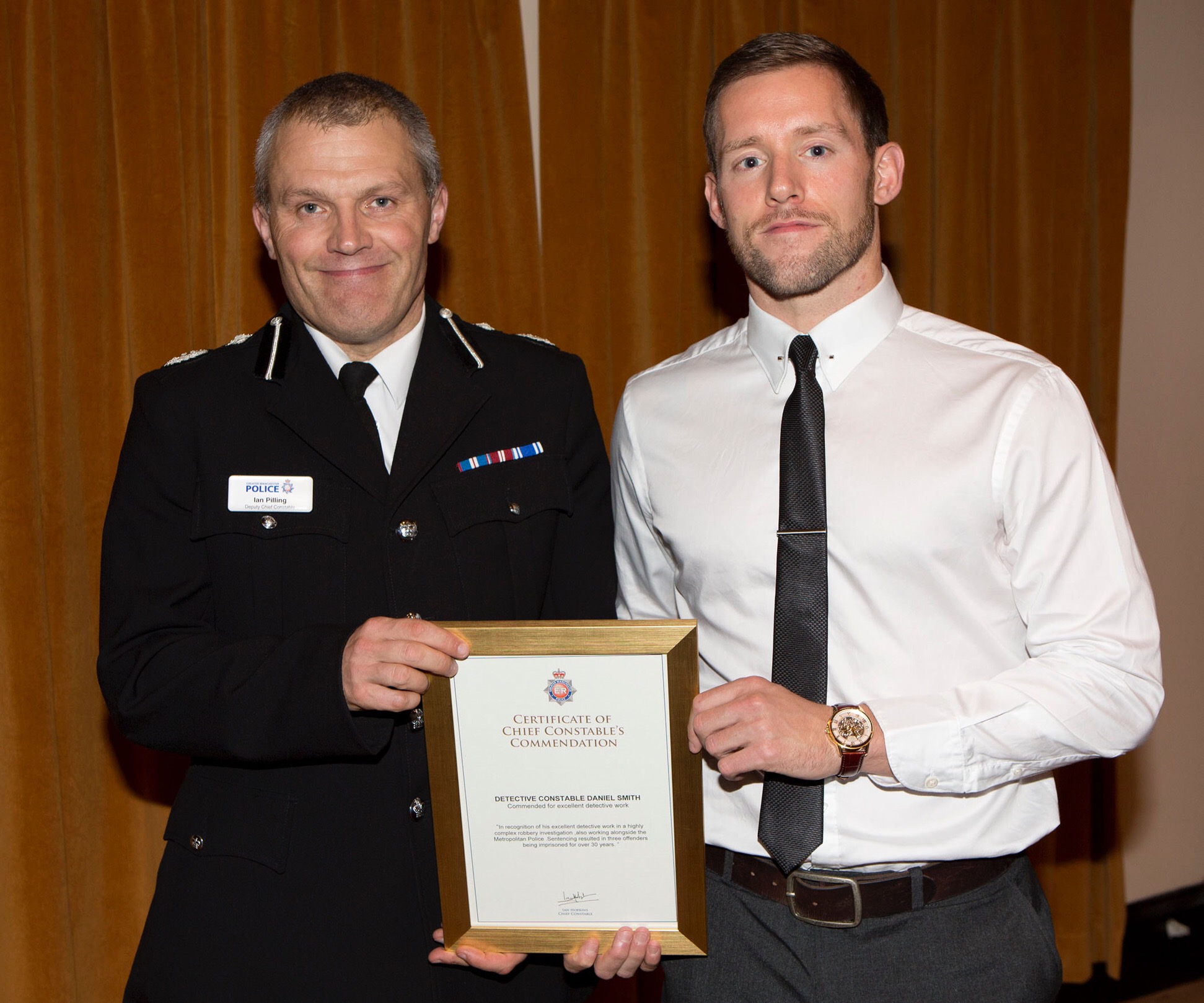 Two GMP officers have received Chief Constable Commendations for their excellent work and innovative thinking when investigating a robbery of high value watches.

Back in January 2015, Detective Constables Neil Saxon and Dan Smith were assigned to investigate an armed robbery of £150,000 at Cheshire Watch Company in Manchester city centre.

CCTV footage showed two people with sledgehammers pulling up on a moped outside of the shop. They kicked down the door and used the sledgehammer to smash the display window, before grabbing the watches and fleeing the scene on the moped.

The investigations undertaken by DCs Saxon and Smith, which included extensive telecommunications work, revealed links to London and so the officers worked closely with the Metropolitan and City of London police.

This joint investigation found that three men based in South London committed the watch robbery, as well as many similar robberies in London, resulting in sentences totalling more than 30 years.

DCs Saxon and Smith were commended at a ceremony at Sedgley Park on Wednesday 28 September 2016.

DC Dan Smith has worked with the force for eight years and serves on the North Manchester Counter Terrorism Unit. Speaking about his commendation, he said: “It’s great to get recognition for your work. We actually got a mention from the judge at the Old Bailey too.I think the collaboration between the forces played a huge role in this success because it was such a complex case.”

DC Neil Saxon, who has worked for the force for 12 years and serves on the city of Manchester Division, said: “Our telecommunications work was extremely valuable in this case. It gave us a number of new leads including phone numbers linked to the robbery.This investigation really was a group effort with both DC Dan Smith and the London forces.”

Throughout the year GMP’s Chief Constable gives out commendations to members of the public, staff and officers for their outstanding contribution to the local community.

Chief Constable Ian Hopkins said: “The dedication of DCs Saxon and Smith led them to extremely useful evidence and ultimately brought the offenders to justice.Their focus and innovative thinking has prevented further robberies, hugely assisted other investigations and is now used as an example of good practice in police training. This was an excellent investigation and they are a credit to our force.”